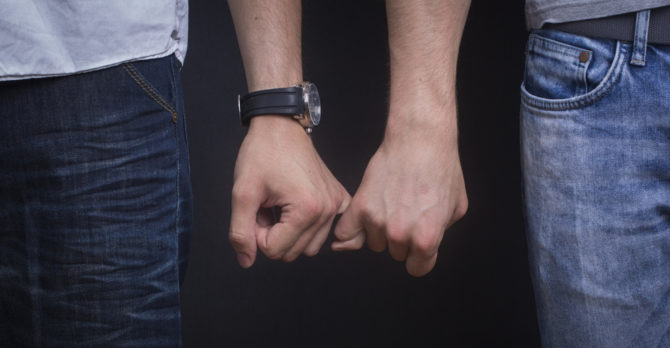 Earlier this year, Charlie Tredway was officially crowned Mr. Gay New Zealand 2017, but his accomplishment has been overshadowed by his HIV-positive status.

“While the stigma Tredway faces in his highly publicized position (as Mr. Gay New Zealand) may seem pretty extreme,” Anthony K J Smith writes, “it is not dissimilar to the multiplicitous experiences of HIV stigma faced by everyday gay men.”

Smith mentions his friend Kane, who is HIV-positive. The two recently had coffee together. Smith recalls:

Kane has sent me screenshots where guys on Grindr have sent him random messages such as “stop spreading HIV to everyone, you’re a sick f*ck” and he’s even been accused of “lying” about his status when it comes up during text conversation when exchanging pics and discussing sexual practice, despite it being listed on his profile in the first place.

“At some point I can sense in his voice that he doesn’t feel like anyone will ever love him,” Smith writes, “let alone have a few dates or casual sex with him.”

Smith goes on to talk about how modern HIV treatment usually results in an HIV-positive person having a sustained undetectable viral load, rendering the virus non-infectious.

“This means that even if you don’t use condoms the risk is thought to be negligible,” he explains. “PrEP and PEP aren’t even clinically recommended if your only sexual partner is HIV positive with an undetectable viral load.”

Smith ends his op-ed with a call to action:

I call upon my fellow HIV-negative guys to learn about HIV. To read up about stigma and disclosure. To think through your assumptions about HIV. To get tested. If you meet Mr. Right and he turns out to be HIV-positive, he’s still Mr. Right.

“You can live a long and happy life together,” Smith concludes, “or just have a few casual f*cks.”

Related: Why I Wiped HIV Off My Face