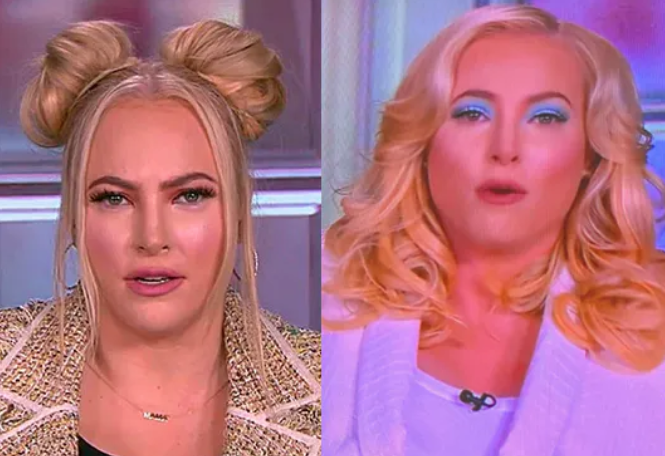 Meghan McCain is about to release a new tell-all audiobook about her turbulent time on The View, and nobody seems to be getting off easy.

Earlier this week we heard her take that the show was a toxic place to work and her colleagues were terrible, awful people who constantly made her life a living hell.

Apparently, she thought the guests were just as horrible.

Making the list of her “least favorite guests” is former FBI Director James Comey, who she says was “so slick and rehearsed that he was a terrible guest.”

“Rachel Maddow same thing,” she adds before bluntly asserting that “Nathan Lane was a d*ck.”

But McCain’s two least favorite guests of all time were Donald Trump Jr. and Fox News personality Jeanine Pirro. Somehow, we believe her.

“[Trump Jr.] was a disaster,” she says in the book, per the Daily Mail. “He packed the audience with Trump supporters and brought his girlfriend Kimberly Guilfoyle who I used to work with at Fox News, before she was fired for allegedly sending around penis pictures.”

“It felt a lot like an episode of the Jerry Springer Show or an MMA cage match.”

“She came on the show and told us we all had Trump Derangement Syndrome, and when we pushed back, she became instantly enraged,” McCain says.

According to McCain, things got even uglier when Pirro allegedly threw her microphone at her and claimed to have done more for Black women that [Whoopi] Goldberg ever had. Then came the swearing.

“Who says c*cksucker, much less shouts it 1,000 times?” McCain asks. “It’s the dumbest word. I heard Whoopi yelling at her to get the hell out of the building.

“Pirro went on Sean Hannity’s show that night and recalled the episode as if she’d been an innocent victim and Whoopi was insane. I yelled at my TV when I saw that.”

Speaking to Variety, McCain calls being on the show “crazy-making” and “extremely isolating” and that she often felt “outnumbered.”

“You can watch the show and see that it’s unhinged and disorganized and rowdy,” she says. “For me personally, it felt extremely isolating because of my political ideology.”