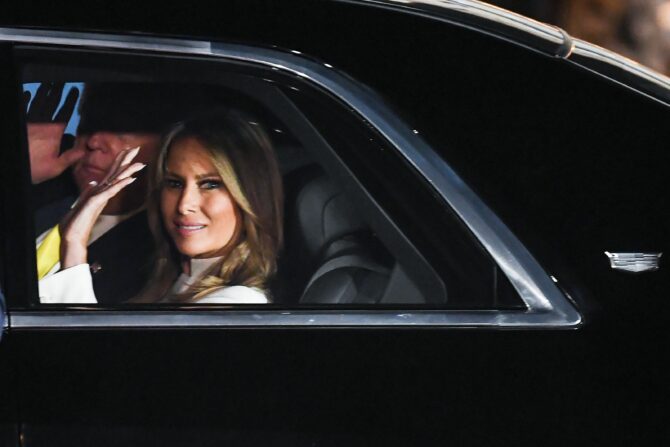 Melania Trump claims so many people have donated money to the fake charity event she advertised last month that she’s being forced to postpone the fundraiser… by nine months.

Quick backstory: The ex-FLOTUS announced she would be hosting a high tea “benefit” in Naples, Florida in April for “Fostering the Future, a Be Best initiative,” which claims to award computer science scholarships to children aging out of the foster care system. Tickets ranged from $3,000 to $50,000, though Melania didn’t specify exactly how much of the money would go to charity.

Shortly the announcement, however, The New York Times uncovered that neither “Fostering the Future” or “Be Best” were registered charities in the state of Florida, and according state law, organizations cannot solicit donation there without being registered. This prompted an angry response from the ex-FLOTUS, who lashed out at reporters, accusing them of try to “cancel” her and destroy the “hopes and dreams of children”.

Now, Melania says the whole event is being scrapped, er, postponed. But it’s not because she was exposed for trying to raise money for what appeared to be a fake charity. It’s because organizers of the event simply received so many donations that they could no longer follow through with the fundraiser as planned. Or something.

“The event organizer is rescheduling to a future date due to the overwhelming support from individuals and charitable organizations,” the statement said.

In typical non-transparent fashion, Melania’s office didn’t reveal how much money was raised, but Brad Keltner, head of Whip Fundraising, the consulting firm that helped organize the whole thing, insists everything’s fine and no laws have been broken. He also reiterated that the decision to reschedule was due to the “overwhelming” support from generous people eager to award computer science scholarships to foster kids.

“Florida state did not shut us down,” he tells the New York Times. “This was an internal decision made due to overwhelming response that we were not prepared to handle.”

According to Melania’s Twitter page, the event is now scheduled to take place on December 4, 2022.

The High Tea event is not canceled. It is scheduled for December 4, 2022.

Did somebody say High pic.twitter.com/bS4OuTwuae

Moving it from April to December. Gives plenty of time to make it legal.

Is this another Grifter event or are the proceeds actually going to support foster children?

The world is at war and the former first lady is throwing a Mad Hatter’s tea party like she was Alice in Wonderland pic.twitter.com/UeUBL7s2bm

Your buddy is bombing a nuclear plant.

So it will be cancelled over the summer?

My God, either he married you because you lie like him or he taught you how…