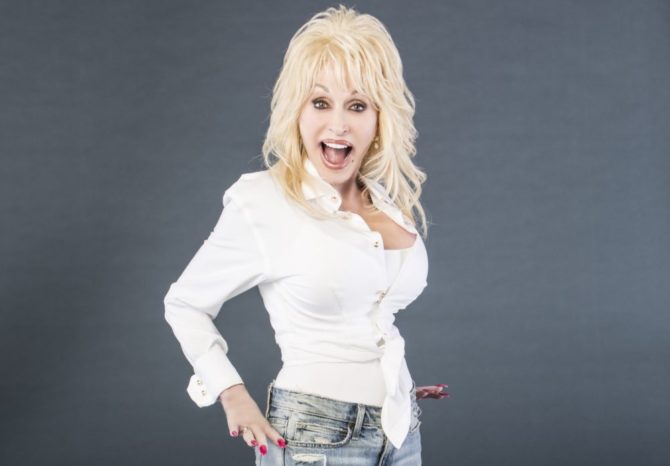 Just when we thought Netflix couldn’t possibly get any gayer, it did.

During a For Your Consideration Emmys event for Grace and Frankie over weekend, Lily Tomlin accidentally let it slip that her 9 to 5 co-star, country music legend/drag queen icon Dolly Parton, has a new series coming to Netflix.

When asked about a potential 9 to 5 reunion on Grace and Frankie, Tomlin replied by saying she’d love to have Dolly on, but that the songstress might be “too busy as she has her own Netflix project coming.”

After Tomlin spilled the beans, Netflix confirmed the forthcoming series. The eight episode anthology series will star Parton, who will also serve as its executive producer. Each episode will be based on one of her songs.

“As a songwriter, I have always enjoyed telling stories through my music,” Parton said in a statement. “I am thrilled to be bringing some of my favorite songs to life with Netflix. We hope our show will inspire and entertain families and folks of all generations, and I want to thank the good folks at Netflix and Warner Bros. TV for their incredible support.”

No word yet on when Parton’s new series will premiere.

Related: Netflix has yet another super gay announcement

Watch Dolly give a shoutout to all her gay fans below: