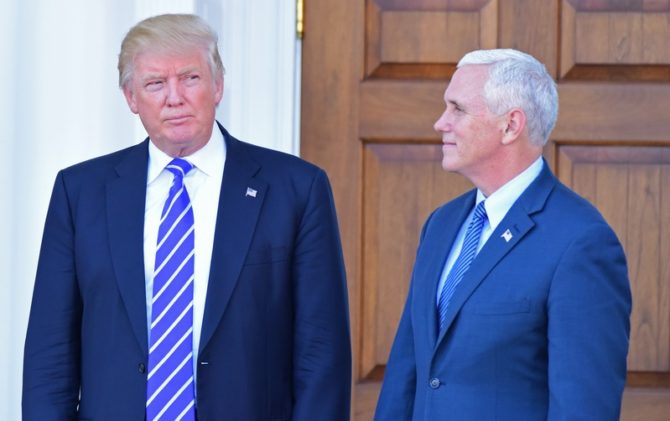 Earlier this week, The New Yorker published a damning profile on Mike Pence in which Trump “jokingly” said Pence wants to “hang all the gays.”

“From start to finish the article relied on fiction rather than facts,” White House press secretary Sarah Sanders wrote in a statement to Politico.

But this isn’t TMZ or the Enquirer we’re talking about, it’s The New Yorker, a magazine that prides itself on adhering to the highest of journalistic standards.

If they say something happened, you can be damn well sure they have receipts to back it up.

“To start checking a nonfiction piece, you begin by consulting the writer about how the piece was put together and using the writer’s sources as well as our own departmental sources,” wrote Peter Canby in a Columbia Journalism Review article about the magazine’s fact-checking process, aptly named Fact-Checking at The New Yorker. “We then essentially take the piece apart and put it back together again.”

In the case of the publication’s claim that Donald Trump joked about Mike Pence wanting to “hang all the gays,” that’s exactly what they did, and they’re willing to dig their heels in about it.

“The Vice-President’s press office declined to participate in this story for months, after multiple requests for interviews, comment, and fact-checking,” a New Yorker spokesperson wrote in an emailed statement to Politito.

Related: You won’t believe what’s in the swag bag at the hate group summit Trump headlined

“We heard from the press office only after the piece had closed, late Thursday,” it went on to say. “In the course of fact-checking this piece, we talked to more than sixty people to confirm the reporting contained therein, including senior White House officials, a senior member of the Vice-President’s office, the RGA, Rep. Elijah Cummings, and multiple people who were in the room when President Trump joked that Vice-President Pence ‘wants to hang’ gay people. We stand by the story.”

More than a few people also took note that while Pence’s office pushed back against the article, nobody ever flat-out denied that Trump had said what he’d reportedly said.