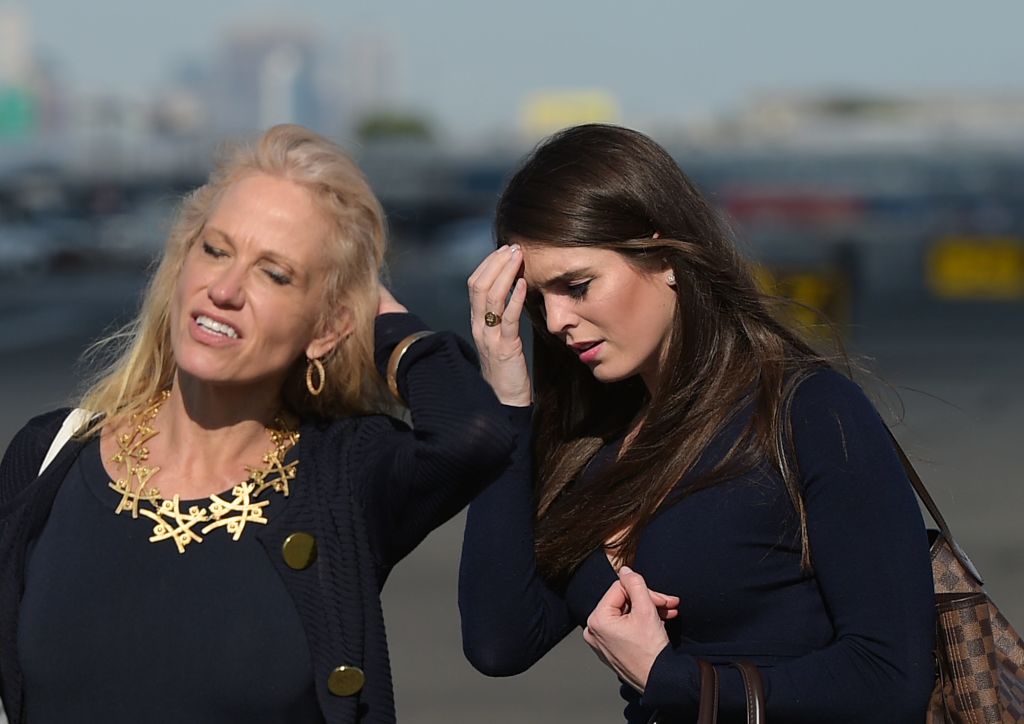 As if there wasn’t already enough trash on television, rumor has it former Trump advisor/White House Communications Director Hope Hicks is borrowing a page out of failed gubernatorial candidate Caitlyn Jenner’s playbook and joining the cast of Celebrity Big Brother.

Though it hasn’t been officially confirmed, rumors have been flying on Twitter all morning after an alleged cast list leaked. It named Hicks, along with several other queer celebrities, including Jillian Michaels, Todrick Hall, Sha’carri Richardson, and Shangela.

Celebrity Big Brother generally doesn’t announce the season’s lineup until just days before it premieres. The new season debuts on February 2, which means the official cast list can be expected around January 30 or 31.

Given what we know about Hicks, it seems highly unlikely that she would participate in a reality show. She tends to keep a low profile, preferring to work behind the scenes and rarely stepping out in front of the camera. Also, she just joined hedge fund exec David McCormick’s campaign as an advisor. McCormick is currently competing against TV doctor Mehmet Oz for the Republican nomination to U.S. Senate in Pennsylvania.

Still, given the number of former Trump administration officials who have gone on to appear on reality shows or write trashy tell-alls, we wouldn’t be surprised if Hicks followed suit.

I woke up to see Hope Hicks trending. Is she on dancing with the stars or something? ?

First is was Sean Spicer on Dancing With The Stars. Now it's Hope Hicks on Big Brother.

The death knell of democracy will be judged by its damn Nielsen ratings.

Hope Hicks' name is trending on this nutty site because someone made up a rumor about her going on a reality show. She's not, she never would, but I'm sure the truth won't stop the "trend."

Hope Hicks always sounded like a GOP voter outreach program to me.

Hope Hicks is taking her pant-steaming act to Big Brother? The only building isolated from the rest of the world and constantly monitored by cameras she should be in is a prison, not some goddamn TV show. Stop normalizing traitors.

Wow… Hope Hicks gets reality TV gig…and I thought Melania made her disappear by turning Hope into an NFT.

Hope Hicks is on Big Brother, a show about a house full of idiots saying stupid things.

She should feel right at home.

It's basically the Trump White House 2.0.

Hope Hicks is the only woman Donald Trump has kept quiet without paying her $130,000.

Amazed to see how many people on here loathe Hope Hicks. I thought it was just me.