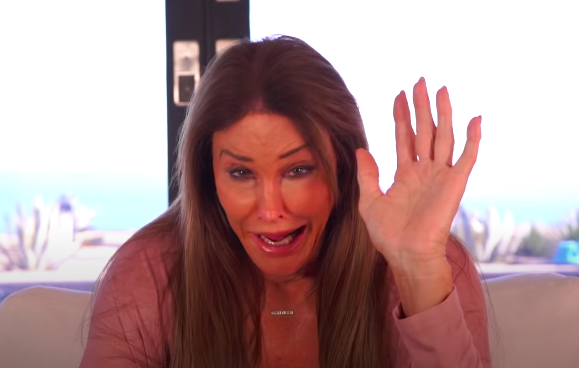 Failed GOP gubernatorial candidate Caitlyn Jenner has once again opened up about her years-long feud with daytime talk show host Ellen DeGeneres and–surprise!–she’s still holding a grudge over a tense on-air exchange they had way back in 2015 that nobody even remembers anymore.

On Big Brother VIP, Jenner recalled the time she went on The Ellen DeGeneres Show shortly after coming out as trans. DeGeneres began with “normal questions” before asking about her stance on same-sex marriage, which Jenner had previously said she opposed.

“So I try to do my best and I thought I did OK,” Jenner said. “But looking back on it, I could’ve handled a couple of things a little bit differently.”

During the tense interview, Jenner labeled herself “a traditionalist” while talking about her outdated views on same-sex marriage.

“I kind of like tradition, and it’s always been a man and a woman, and I’m thinking ‘I don’t quite get it,'” she said six years ago before adding that she didn’t want to “stand in front of anybody’s happiness.” Degeneres pushed back by telling Jenner she sounded like she still wasn’t “on board with it”, to which Jenner replied, “It’s going to be, pretty much, the law of the land, so I feel like I’m OK with it.”

“I didn’t think [Ellen] would respond the way she did,” Jenner said on Big Brother VIP. “And then she goes to me, ‘Well it sounds like you’re really not for it.’ And I said, ‘No, I just said I’m for gay marriage.’ The next week, she goes on Howard Stern’s show… and says I was against gay marriage and absolutely burnt my ass. And so, in the media, I got really tough on her.”

Jenner went on to say that, after the interview, she considered calling her ex-wife, Kris Jenner, to ask that she and the other members of the Kardashian dynasty boycott The Ellen DeGeneres Show.

This isn’t the first time Jenner has blamed Degeneres for making her look back. In her tell-all memoir The Secrets of My Life, she accused the funny lady of “alienating” her from the LGBTQ community.

Degeneres has not responded to Jenner’s latest remarks.