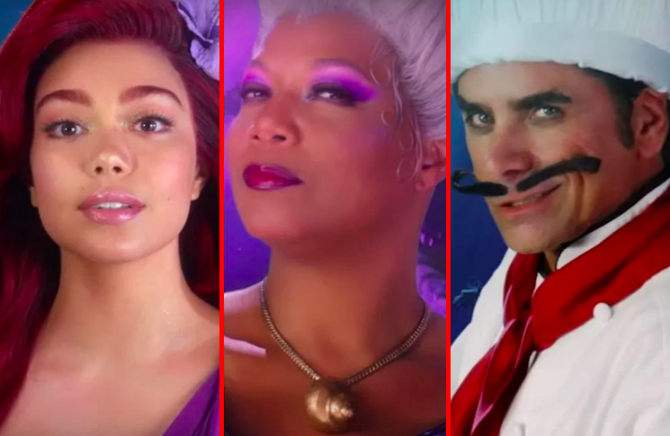 ABC just released the first trailer for The Little Mermaid Live!, set to air on November 5, and people aren’t sure what to make of it.

Just to be clear, this is different from the live action remake of Disney’s The Little Mermaid that’s set to go into production early next year.

According to ABC, The Little Mermaid Live! will offer TV audiences a “never-before-seen hybrid format that will take viewers on a magical adventure under the sea as live musical performances by a star-studded cast are interwoven into the broadcast of the original feature film.”

OK, so based on that description, it sounds like ABC is going to air the original 1989 cartoon version of The Little Mermaid interspersed with real humans dressed as the cartoons performing the musical numbers. Sort of like a concert. Or something.

Here’s the trailer, which offers very little clarity on what exactly this is going to be…

Twitter seems to be having a difficult time wrapping its head around the whole thing.

Many are having trouble understanding not only what it’s supposed to be, but why ABC is doing a live TV production in the first place, when Disney has already announced it’s doing a live action film adaptation.

The Little Mermaid Live… uh what

I’m really struggling to understand what The Little Mermaid Live is supposed to be. Is it a legit TV production? A concert where they’re dressed up and sing as the movie plays? Does ABC even know what it’s supposed to be???

There is so much going on in the Little Mermaid Live ad pic.twitter.com/e7bK4AObkw

are they still going to make a movie version of the live action little mermaid? I am so confused.

And if they are, aren't they worried people won't go to the movie version?

Also, what the hell is the point of a live-action version of The Little Mermaid when there’s already a movie being made??? #constantlytriggered

I’m confused as to why there’s a Little Mermaid live movie and live tv production. pic.twitter.com/TslTwcjD10

What are your thoughts on The Little Mermaid Live? Share in the comments section below…