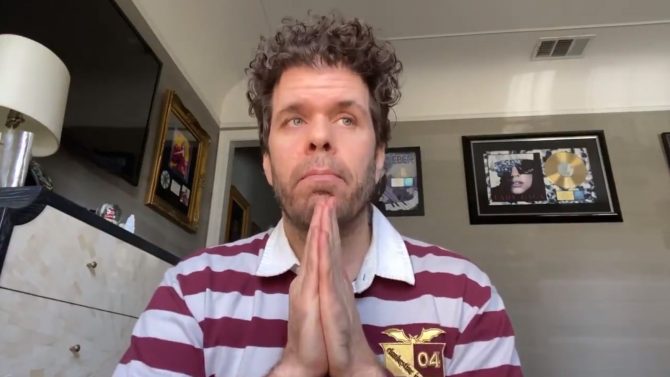 Celebrity gossip muckraker Perez Hilton posted a tearful video to Twitter December 12 in a desperate plea. TikTok has banned Hilton from its platform, leaving him in a state of emotional meltdown.

“The reason that TikTok gave me for permanently banning my account without any warning is ‘multiple community guidelines violations’,” Hilton, 42, lamented in the video. He went on to explain that he’s used to getting banned on social media platforms, and had created a “backup” account on TikTok in case he found himself kicked off the platform. Hilton claims that TikTok shut down both accounts and banned him for life for “harassment, bullying and nudity.”

“I am feeling numb, and I don’t want to seem overly dramatic, but I feel like my world is crumbling,” Hilton wailed. “This feels like a death to me.”

Note to Mr. Hilton: it does seem overly dramatic.

A tearful Hilton then went on to discuss his “Christmas miracle” maneuver, in which he messaged TikTok personality Charli D’Amelio, as well as her family, in hopes of getting the ban lifted.

Hilton, for his part, claims he did nothing to warrant the ban, and called the TikTok system “flawed.”

This is not the first time Hilton has run afoul on social media. In the past, celebrities including Azalia Banks, Neil Patrick Harris, Renee Zellweger and Lady Gaga have all been the targets of harassment by Perez Hilton. He has also attracted criticism for outing celebrities, trying to raise his children to be “straight,” and supporting Donald Trump’s attempts to end birthright citizenship. Hilton also claims he can’t get a date.

We can’t imagine why.

I Am Banned From TikTok! Dear Charli D’Amelio…