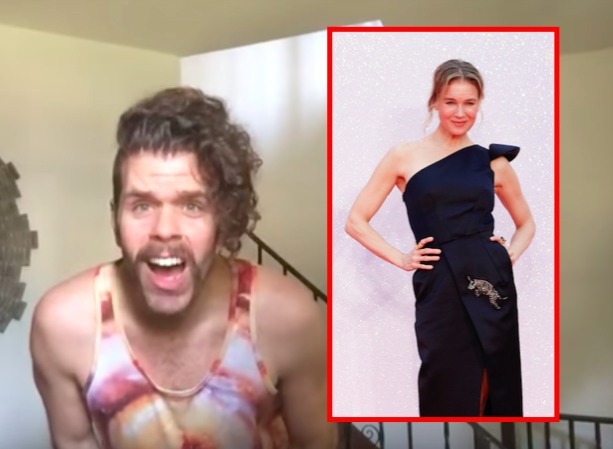 Perez Hilton is clapping back at Queerty and others for calling him out for being sexist.

To make a long story short: It all started last weekend after E! News reported that Renée Zellweger has been financially supporting her boyfriend, Doyle Bramhall, for the past five years.

Well, Hilton released a vlog on Saturday criticizing the actress for being a sugar mama, saying he would never date a “freeloader.” He then took it one step further by suggesting the reason she supports her boyfriend is that it helps fill a void she feels for being childless.

“I have something that Renée Zellweger doesn’t have,” Hilton says in the video.“I have kids. And they fulfill me in so many ways.”

He adds, “Renée Zellweger is really happy, I would say, I would think, with her boyfriend, so she’s comfortable paying his credit card bills. Me? No thank you!”

After we called Hilton out for his remarks, he took to both Twitter and Facebook to defend himself:

I didn't shame #ReneeZellweger for not having children. I stated that may be one of the reasons she's a sugar momma. https://t.co/6RFVjd8e6l

But many of his own followers begged to differ…

I don't see you commenting/ posing Qs every time an an OLDer man is bedding/supporting some 18-25 yo girl in lala land. So why Renee?

Not everyone is meant to have children

You did shame her. You need to lay off the meth. I wonder if Children's Services of Los Angeles knows the bullshit you are getting up to?

But we’d say it’s this particular tweet that speaks the loudest:

Hi Perez!!! Can I ask why you're so passionate about this?