In his new photo book, The AIDS Activist Project Bill Bytsura showcases 18 activists from around the globe, photographed over two decades, and including members of ACT UP (The AIDS Coalition to Unleash Power) chapters from the United States and Europe.

“The AIDS Activist Project is a memorial to the brave men and women who struggled and died while fighting the epidemic and government neglect,” Bytsura told Queerty. “But this book is also a renewed call to action because the AIDS epidemic is not over. Infection rates are rising again, and the Trump Administration, like Reagan and Bush, is ignoring the dangers.”

Here are ten extraordinarily powerful photos from the book that will take you back to a time when treatment for HIV was in its infancy, when there was no PrEP to prevent its spread, and when death was commonplace–as was the courage to face it down. 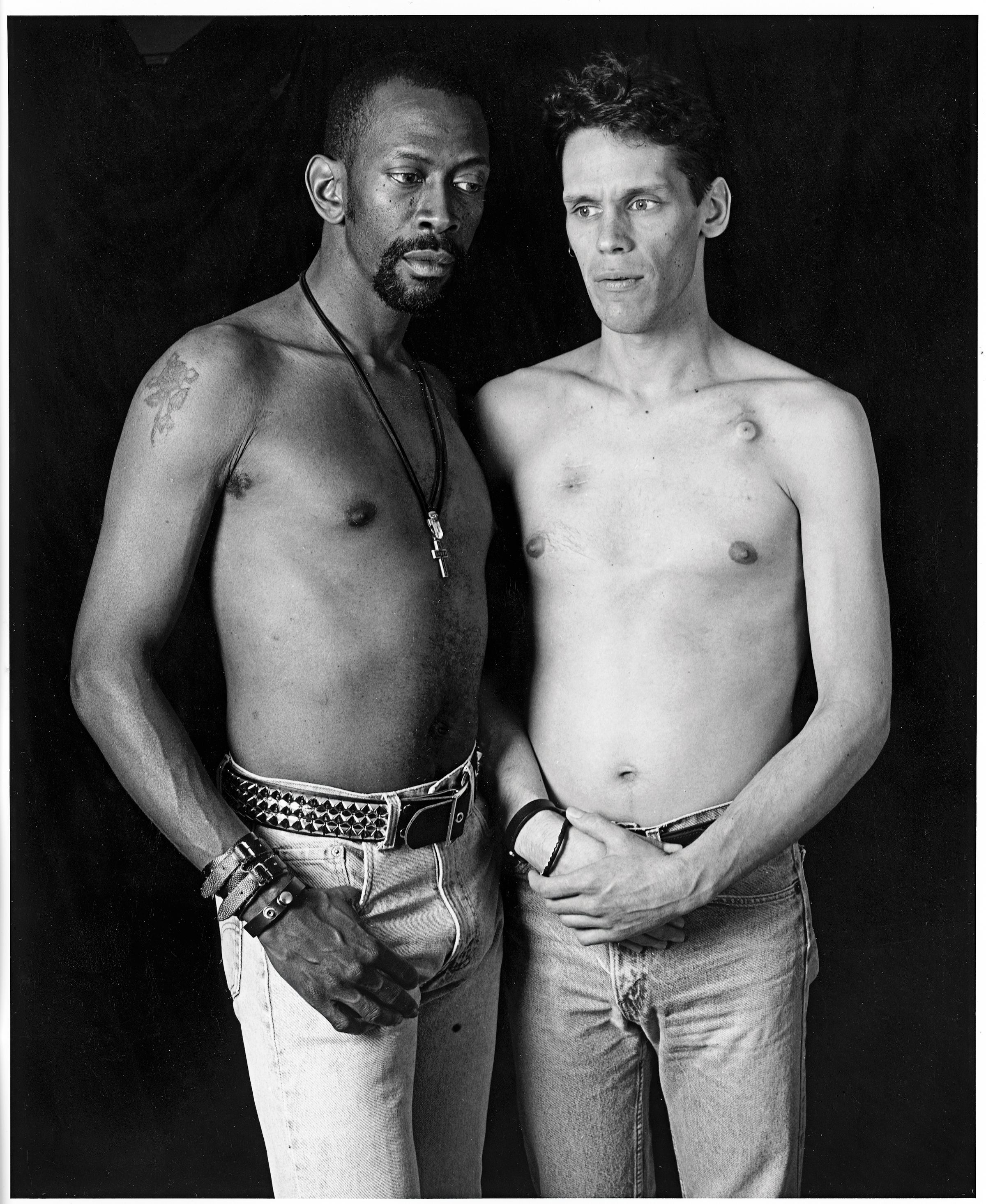 Both were members of ACT UP Atlanta. A couple, Dean died from AIDS complications shortly after this photo was taken. Floyd still resides in the Atlanta area. (Atlanta in 1992) 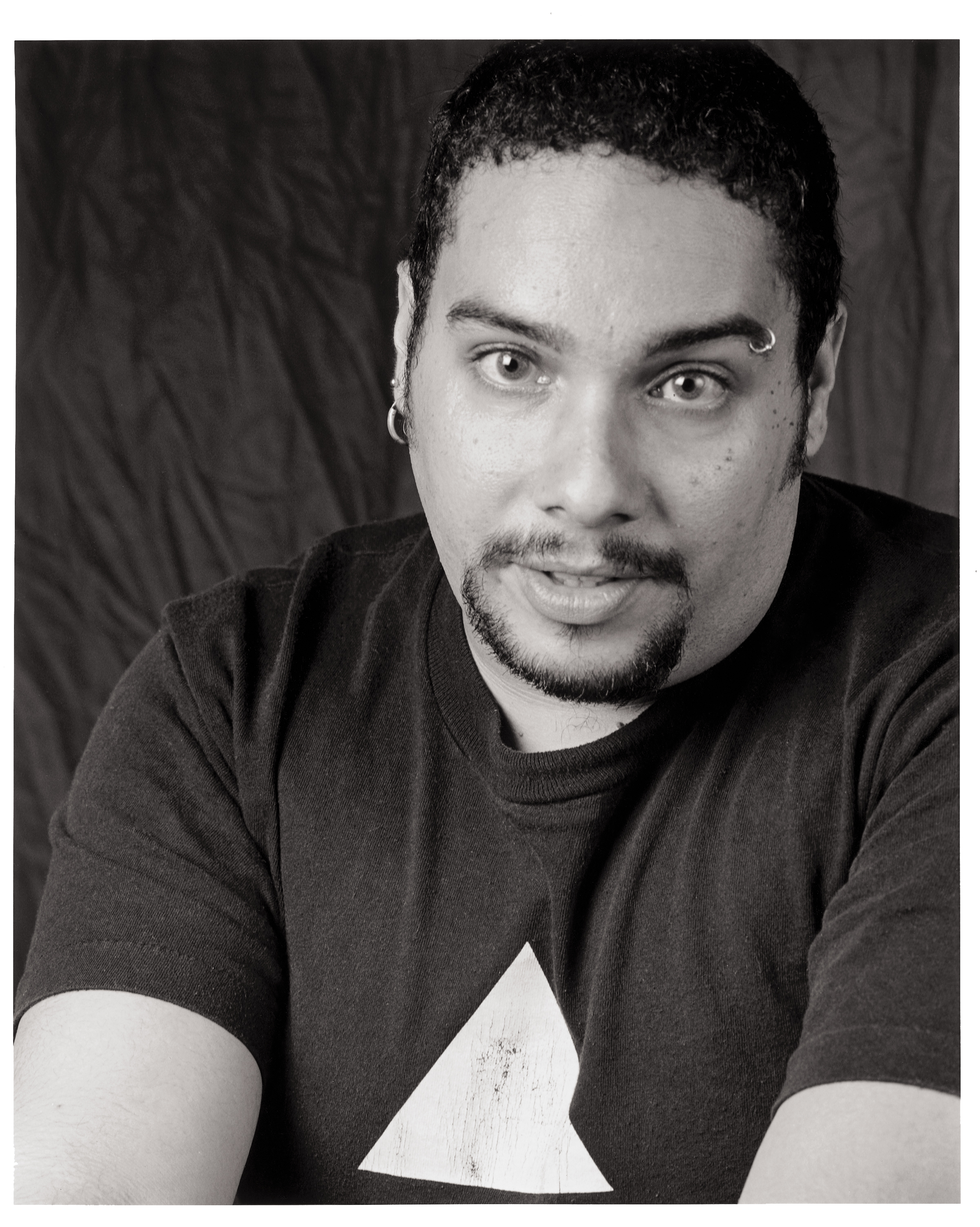 ACT UP Puerto Rico. Still a gay rights activist in Puerto Rico, Georgie wore ACT UP’s silence equals death t-shirt. The triangle on his shirt, of course, represents what the Nazis would pin on gay men. By the 1970s, the symbol was appropriated by the gay community as a positive symbol of gay rights awareness. (Puerto Rico, 1994) 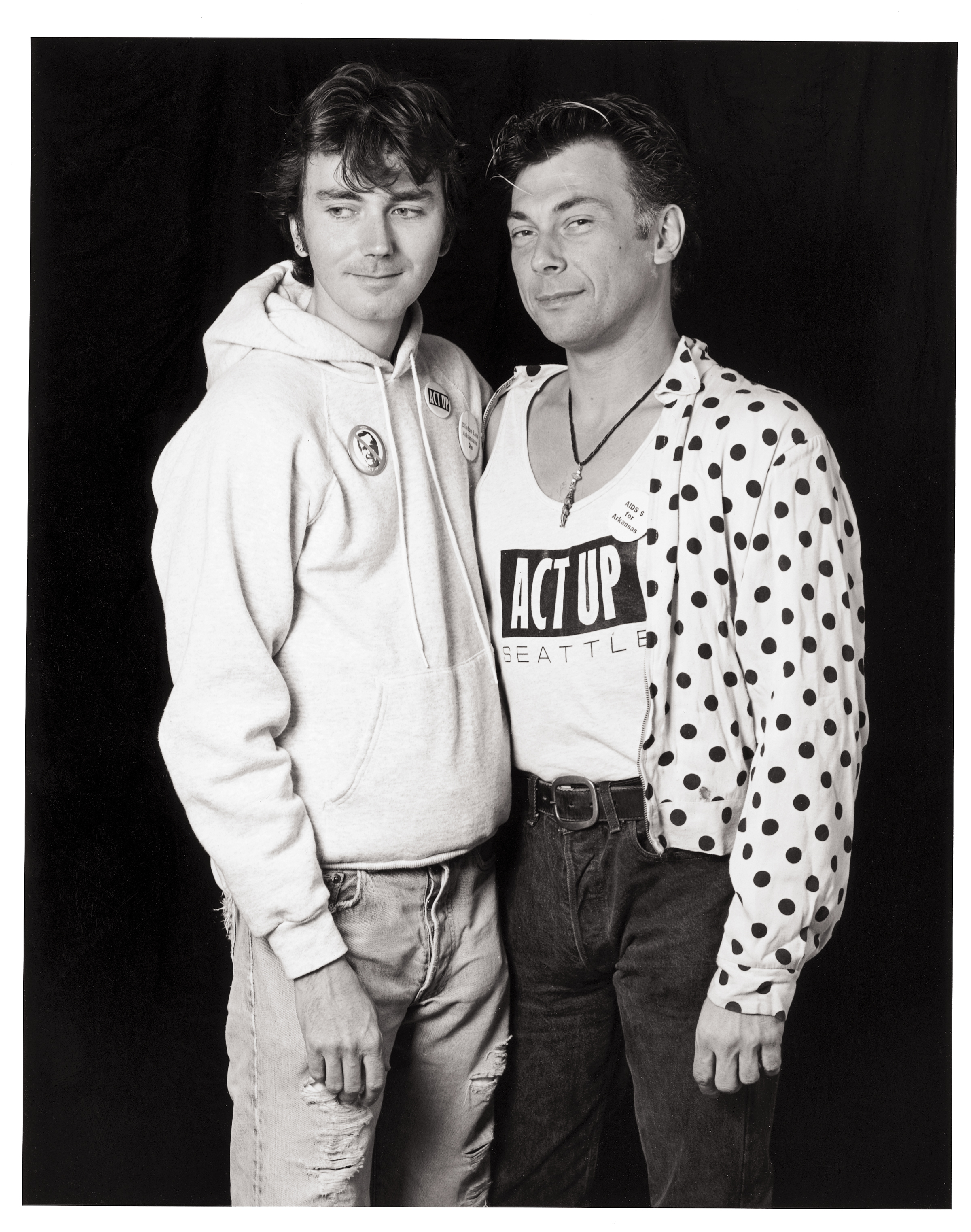 ACT UP Seattle. When Steven died of AIDS complications in 1998, Wayne held a political funeral for his partner in front of the White House, on June 4, 1998. Wayne resides in Washington, D.C. (New York, 1992) 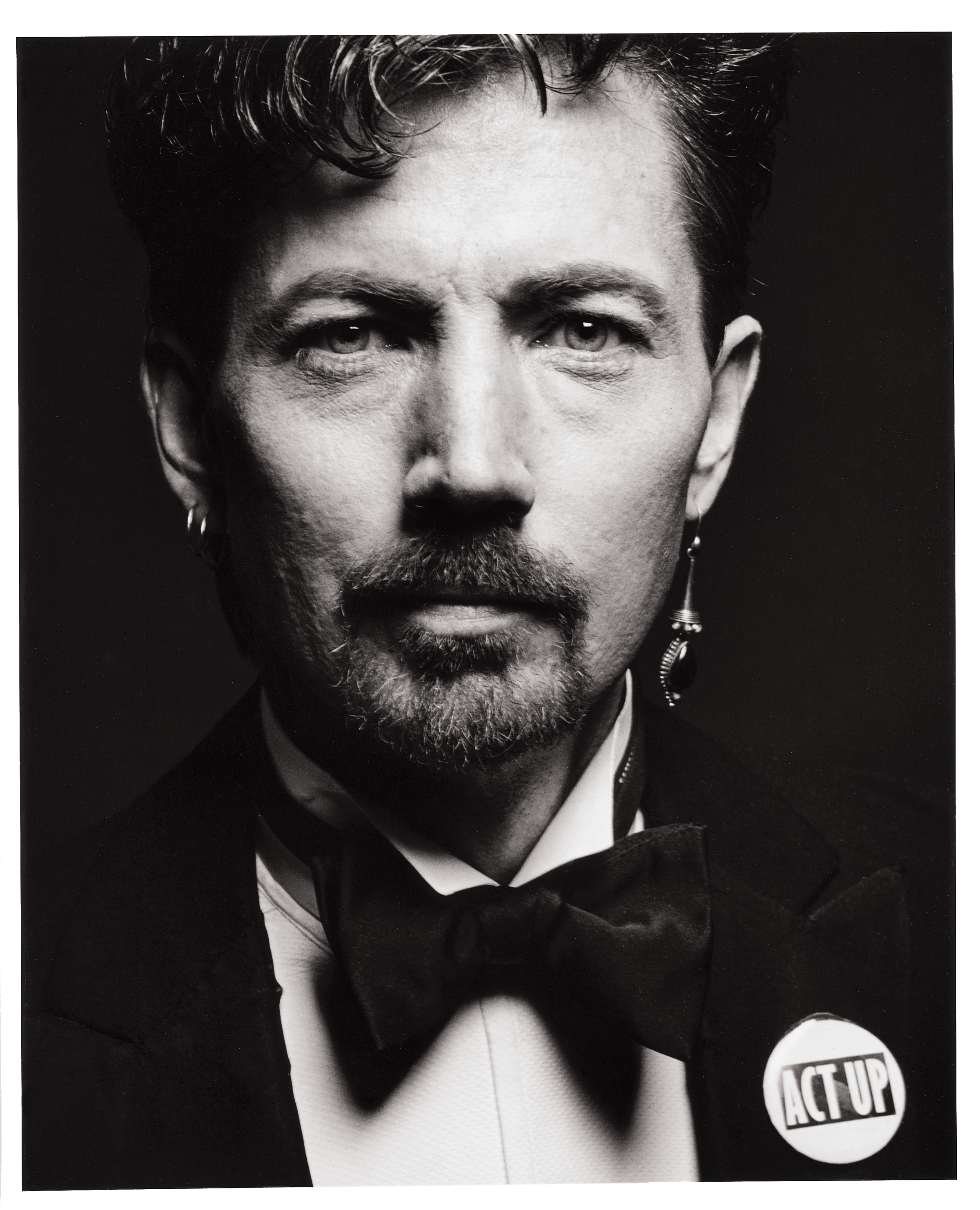 ACT UP New York. Aldyn, a former Broadway actor, was a frequent spokesperson for ACT UP on television and at International AIDS conferences. He wanted to wear the tuxedo in this photo, saying it might be his last time dressed up. Aldyn died of AIDS complications in 1994. (New York, 1992) 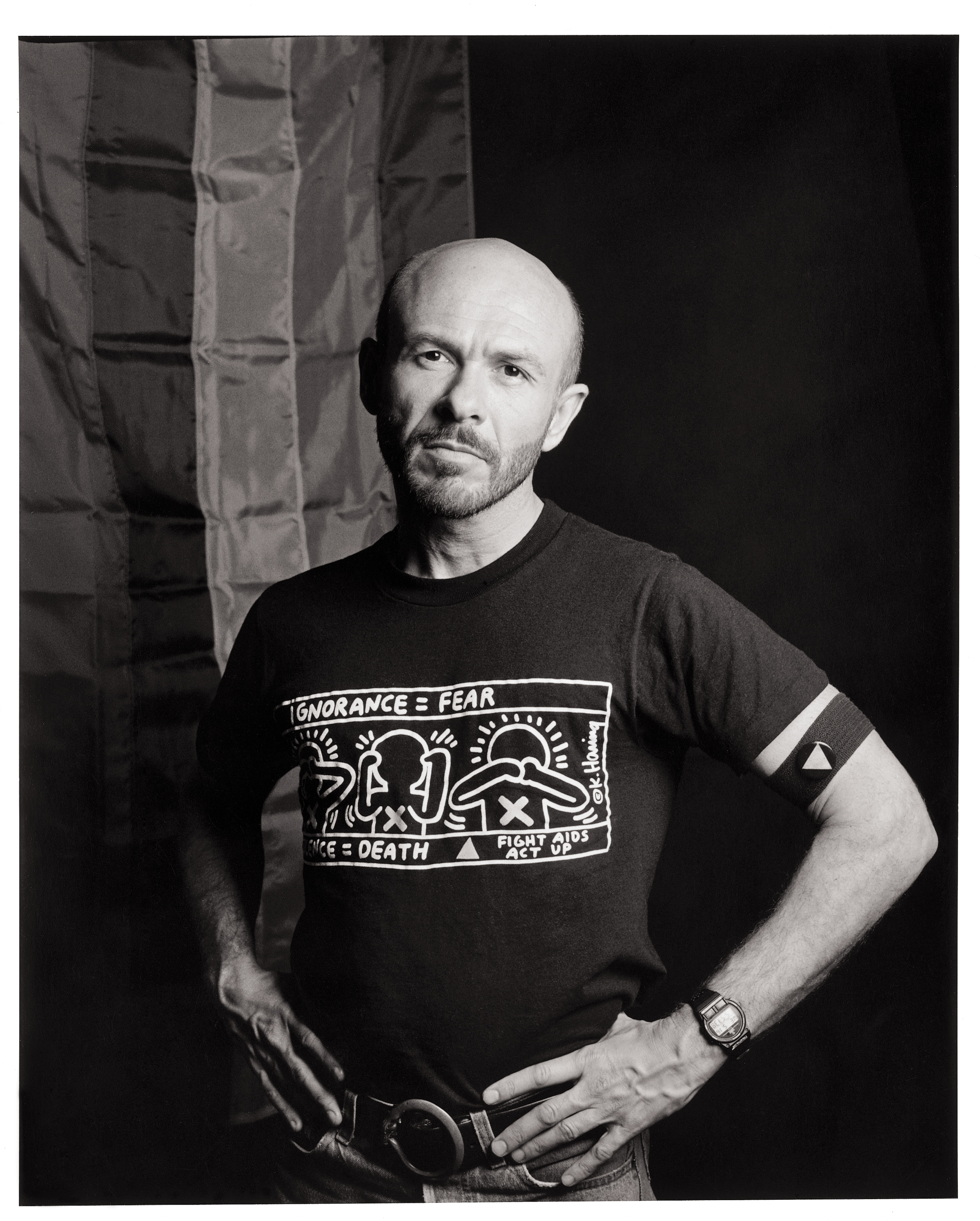 One of the original members of ACT UP New York and still an active member, Brent in 1986-87 ran around the perimeter of the United States to raise AIDS awareness. The event, called The American Run for the End of AIDS, led to future runs across America through the 1990s. (New York, 1990) 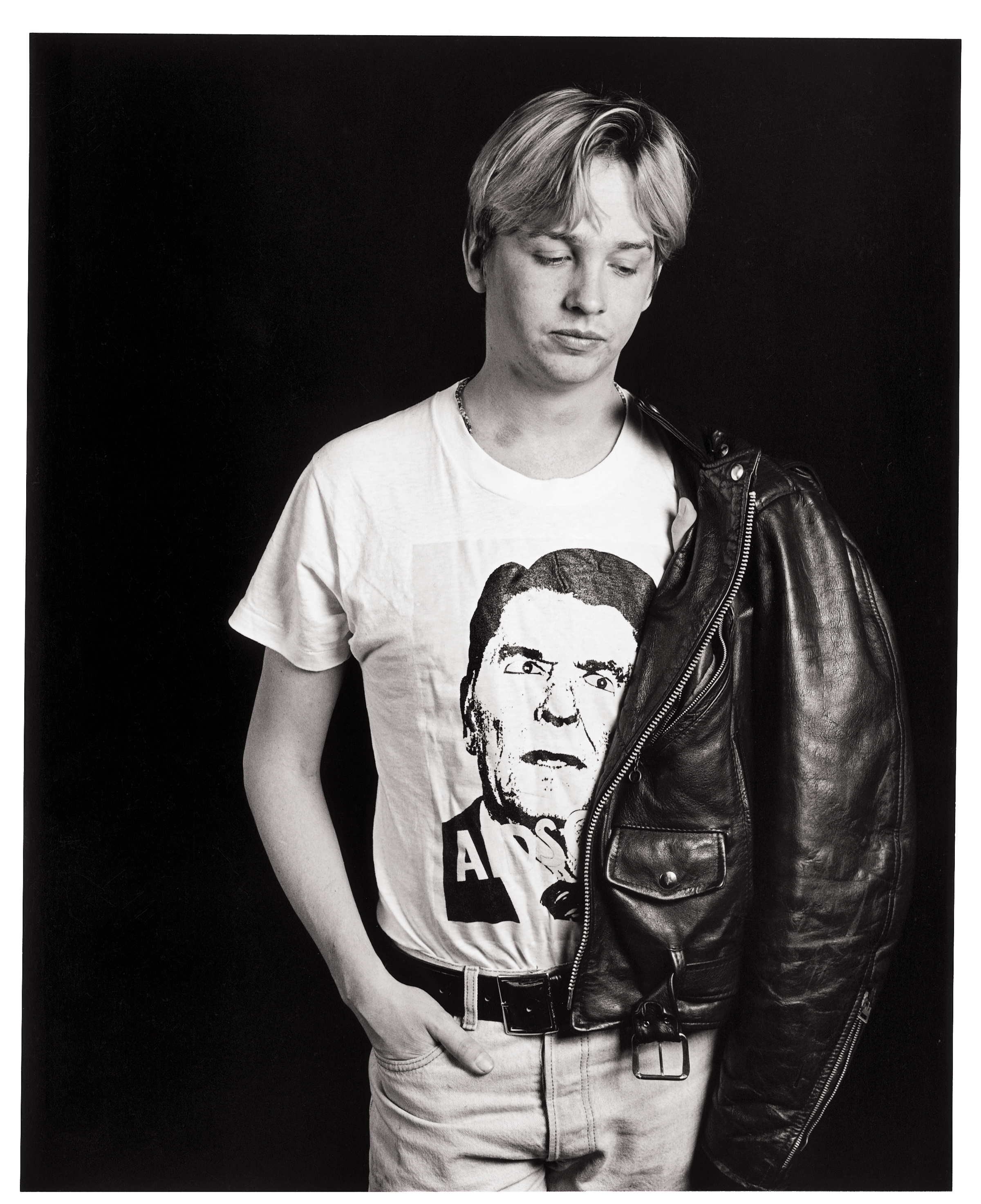 ACT UP New York. Hal’s portrait was the first one shot for this project. Bytsura picked this photo because he liked his expression in contrast to the scowling, maniacal image of then-president Reagan. An artist, he died of AIDS complications on June 7, 1990. (New York, 1989) 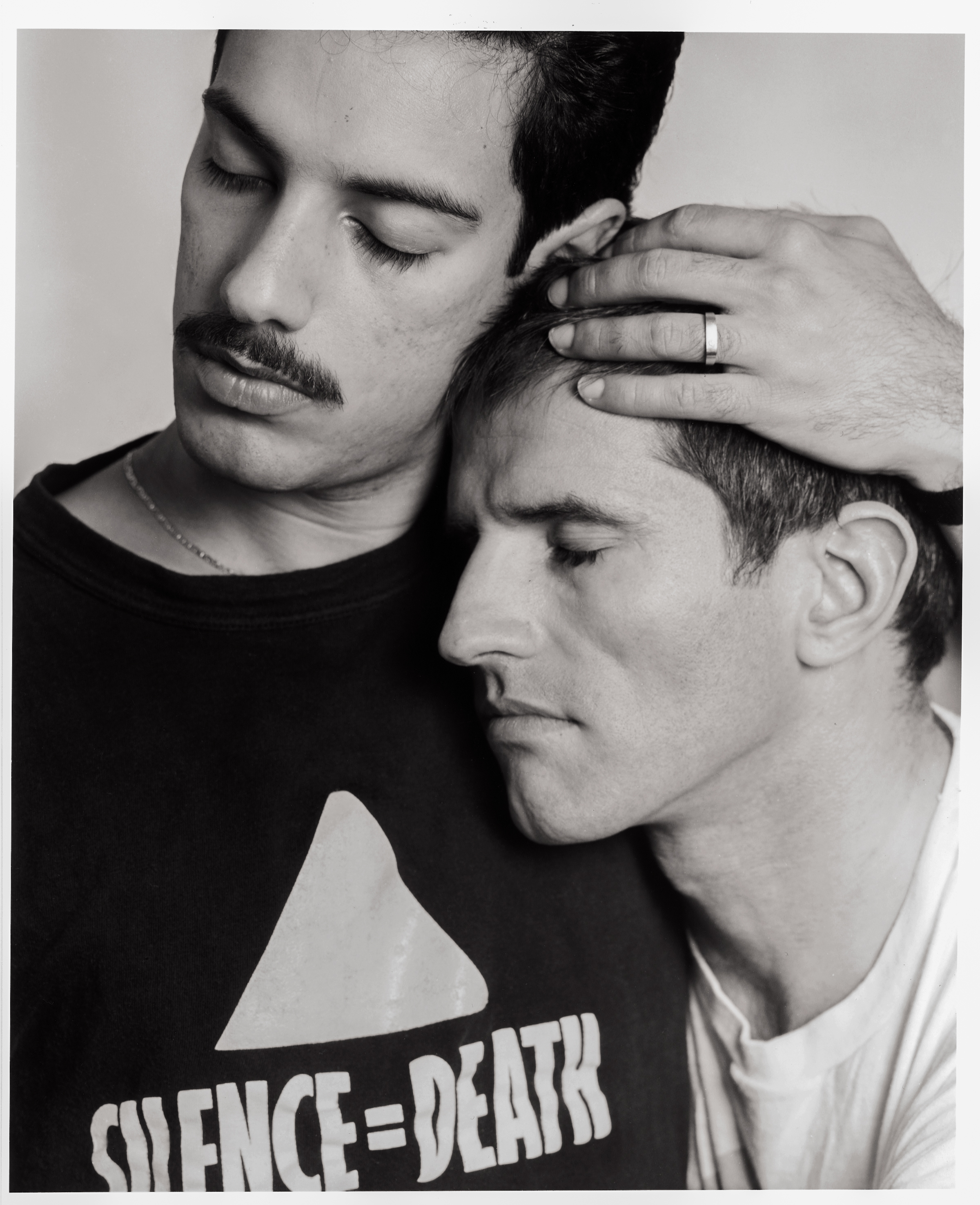 Lovers at the time, the couple were prominent members of ACT UP New York. Luis died in his sleep unexpectedly in 2016. Eric resides in New York and continues to fight HIV discrimination. (New York, 1990) 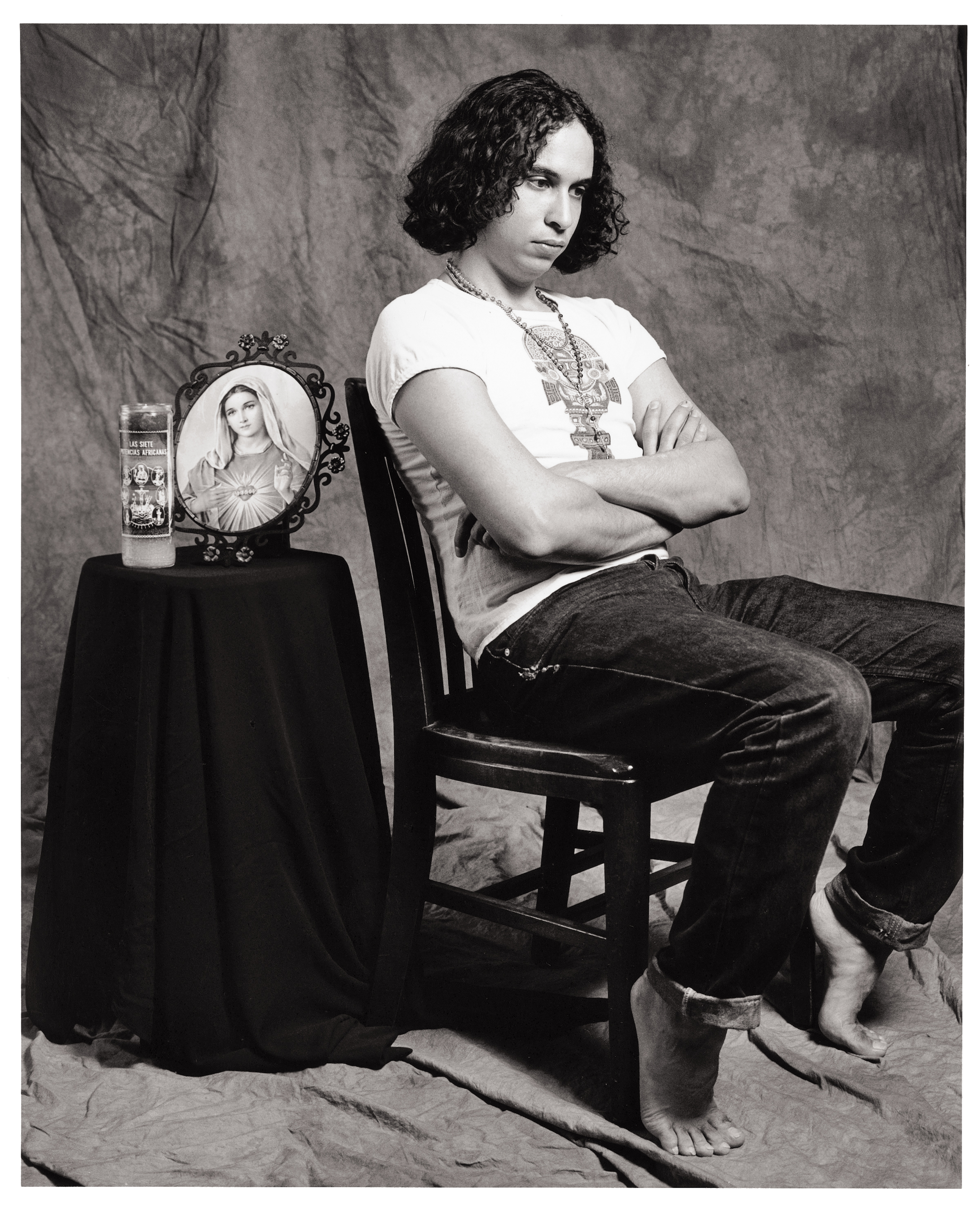 A member of ACT UP New York’s Latino caucus. Juan was a journalist who worked in the Latino and LGBT media. He died of heart failure at the age of 41, a fate of many long-term survivors after years of the toxicity of the early iterations of medicine that treated HIV. (New York, 1991) 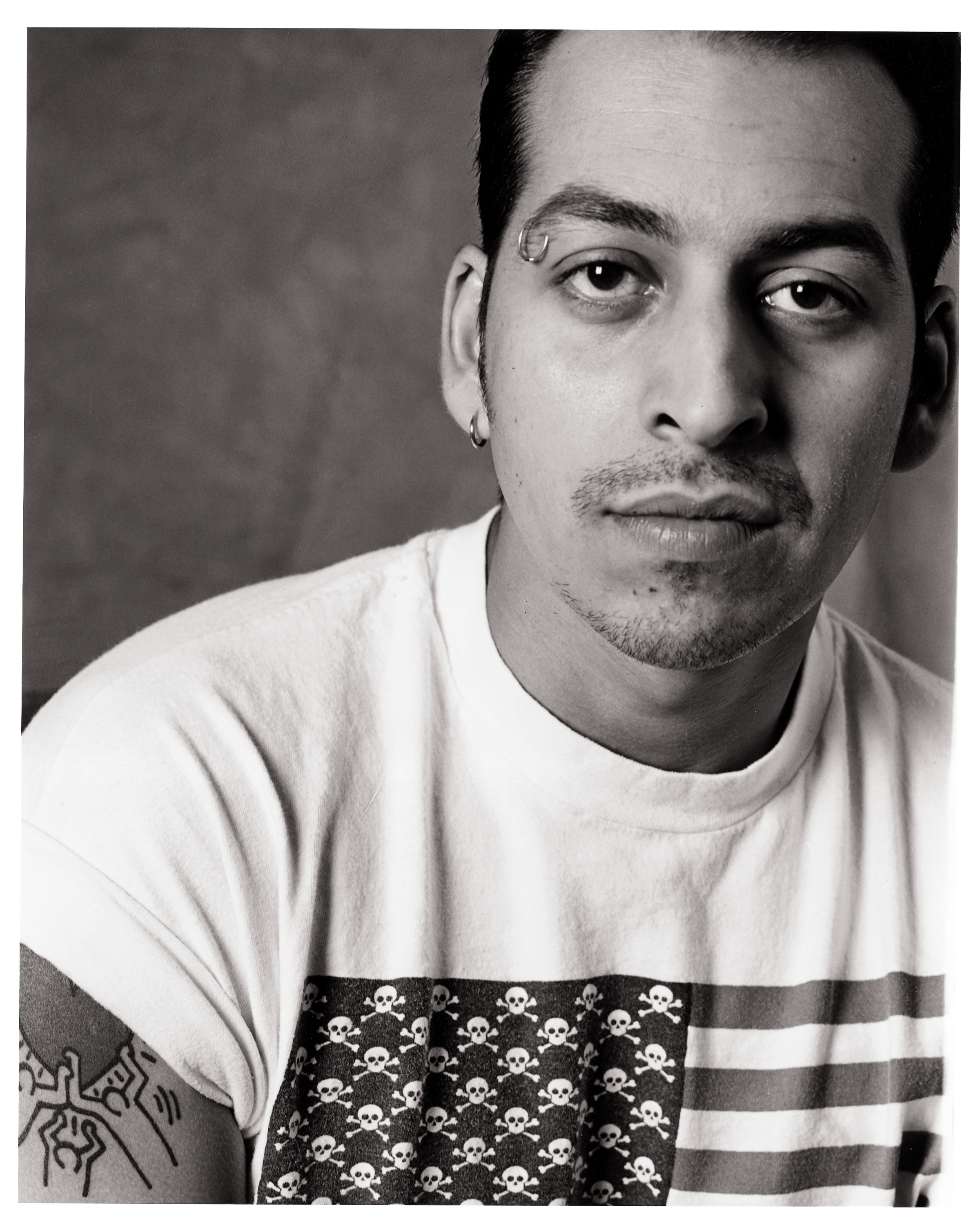 ACT UP Chicago. An actor, Madrid is still active in politics and continues to be outspoken about AIDS and discrimination. (St. Louis, 1993) 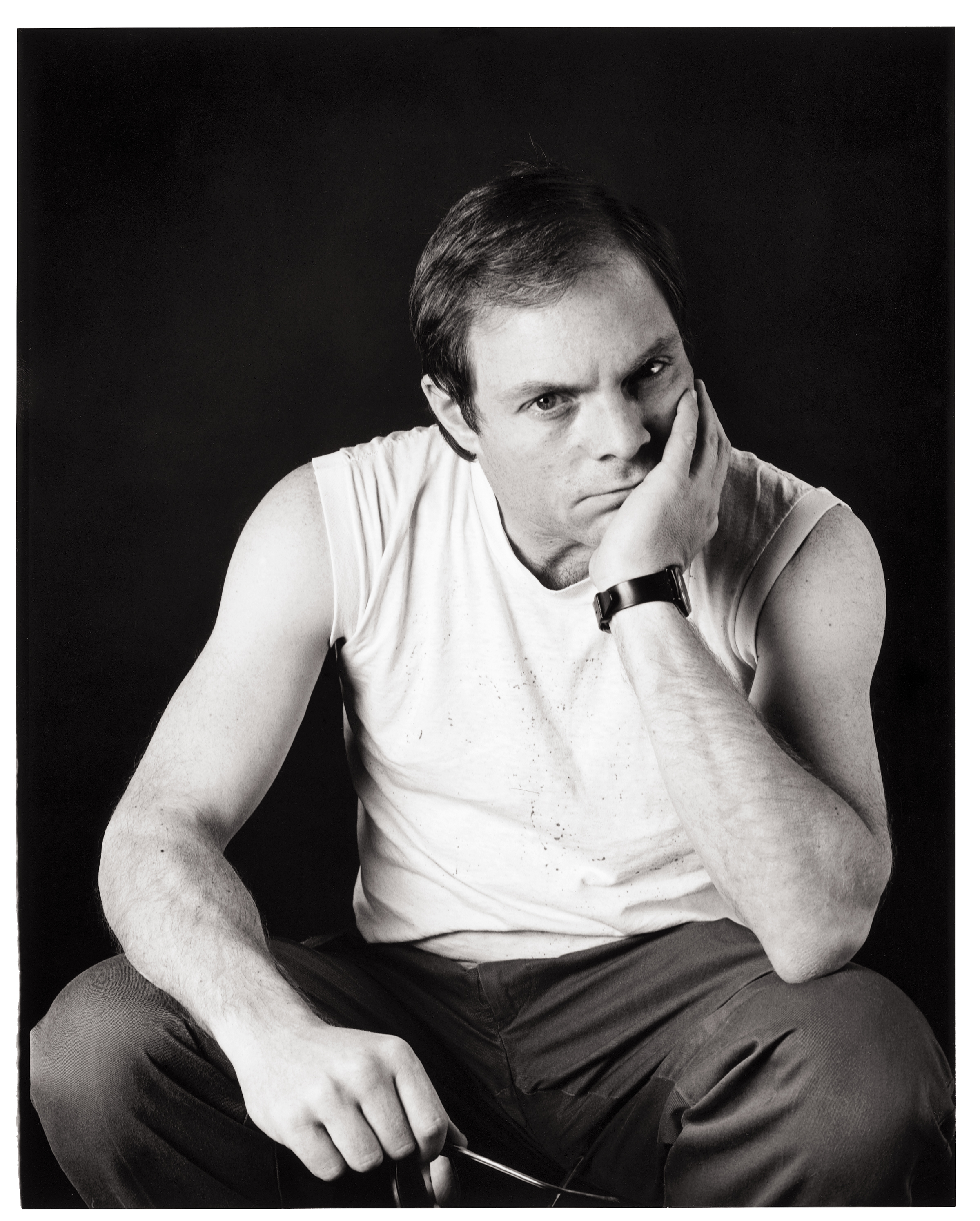 ACT UP New York. A longtime videographer who documented many ACT UP protests, he died on May 7, 1991, of complications from HIV. (New York, 1990)