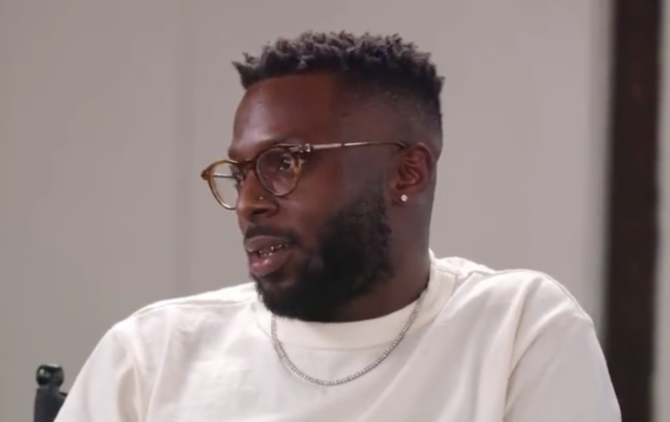 Isaiah Rashad is speaking his truth, and this time it’s on his own terms.

The 31-year-old rapper has had had a wild ride of a year. In February, an alleged gay sex tape featuring him with another man was leaked on Twitter.

The 26-second clip first surfaced on an Atlanta-based account called The Vault, which specializes in celebrity gossip and, apparently, outing people by sharing their private videos.

If there was silver lining to the gross invasion of privacy, it was the massive show of support from Rashad’s fans.

The outpouring of love was not lost on the “West Savannah” singer, who addressed the leak during the intro to his Coachella set two months later.

Isaiah Rashad’s intro video at Coachella: “The purpose of doing that was to embarrass him. However, that backfired. When his video leaked, his dreams and everything went up.” pic.twitter.com/xnPUzuftmT

Just before making his entrance, a video montage showed media commentary on the story. One voice-over clip stood out among the others: “The purpose of doing that was to embarrass him. However, it backfired.”

Standing before the cheering crowd, Rashad thanked his fans for their love and support. “I see all the messages and all that sh*t, all the positivity,” he said with a quiver in his voice. “Y’all kept me alive these last couple months, so we’re going to keep this motherf*cker running.”

Now, in a new Patreon-exlusive interview with fellow rapper Joe Budden, Rashad is opening up even more.

“So I have to ask you,” Budden says to Rashad during the sit-down. “You said your family knew, your grandparents knew, your girl knew, but for the people who didn’t know, how do you identify today?”

“What does that mean?” Budden responds.

“I’m still learning about it myself,” Rashad says. “I’m putting my head in the books to find out the basics of it. But basically, I’m not in full control when I walk into a room of who I’m attracted to.”

Isaiah Rashad says that he identifies as being sexually fluid

In his first interview since the sextape tape leak, he opens up about everything pic.twitter.com/YyOrq4Bt3Y

Rashad also revealed that he is declining to take legal action against the person who leaked the tape.

“I haven’t even been thinking about it, honestly,” Rashad said. “I been just keeping my mind together and it’s a time for my family to come together. Out of everything, it’s been a blessing that with that happening, and my grandad dying a couple of days afterward, and my grandma going through what she’s going through, it’s been a concentration of family together, more than they had been before. So if anything, I can’t be mad at everything about it. Always gotta look at the brighter side of stuff.”