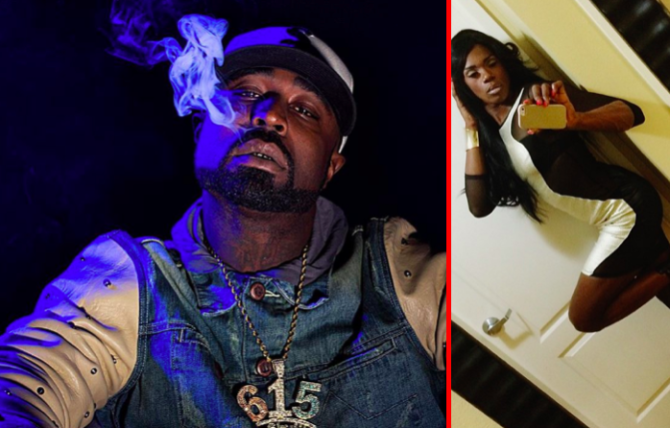 Video of a man, who many believe is hip hop artist Young Buck, hooking up with a trans woman surfaced online over the weekend, and the rapper/actor/producer is not happy about it.

It all started when a woman named Glamour Purfek claimed on Instagram that she had engaged in a romantic relationship with 37-year-old Young Buck, whose real name is David Darnell Brown.

The post was captioned: “@buckshotz show yourself to the [world] it would be so impressive…” and included photos of herself and the G-Unit rapper, screen shots of alleged DMs and sexts they had exchanged, and a short video of Glamour purportedly performing oral sex on him.

A wildfire of homophobic and transphobic tweets quickly ensued:

Another gay layer of the industry onion has been peeled away. Young Buck like boy-butt

Young buck forever taking a loss.. can’t come back from fuckin a tranny

Within 24 hours, Young Buck hit back.

In an angry video posted to his Instagram page Monday afternoon, he repeatedly misgenders the woman while denying anything sexual ever happened between the two of them. He also shared a link to the video with his 280+ Twitter followers.

“Let me address this real fast real quick,” he said. “Ain’t sh*t gay about me.”

At least he’s right about one thing: There’s nothing gay about a man hooking up with a trans woman.

Shortly after the video was posted, Young Buck deleted it, but it’s still making the rounds on social media.

Young buck denies that it was him in a viral video receiving head from a transgendered individual . ?