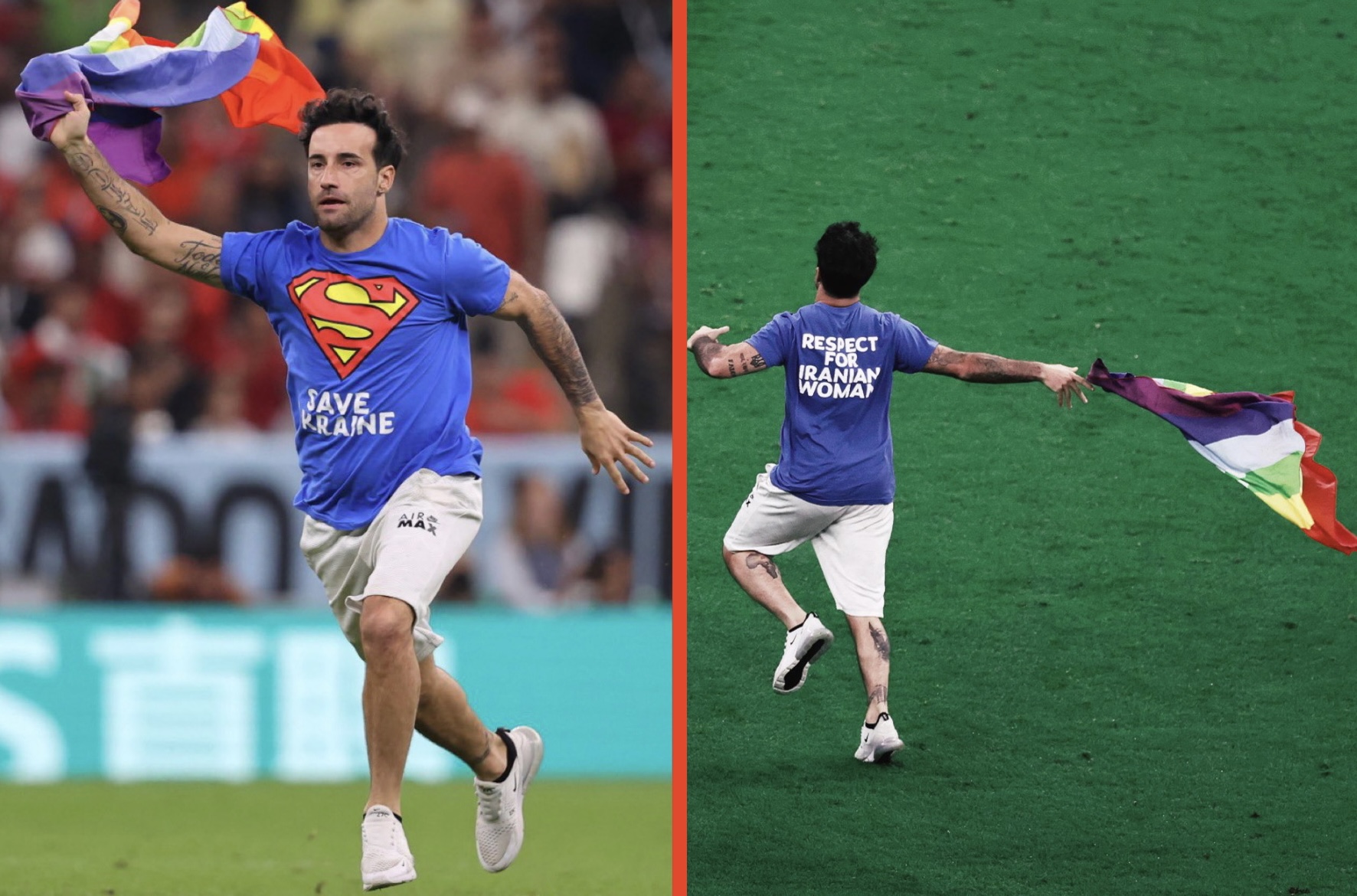 The 2022 World Cup has been steeped in controversy since it was announced to be held in the staunchly anti-LGBTQ+ country of Qatar. Plenty of folks have spoken out against the country’s regressive and violent laws, but one brave crowd member took his protest to the next level.

In the middle of the widely televised match between Portugal and Uruguay, an audience member took to the Lusail Iconic Stadium field waving a rainbow flag with the word “PACE”, or “peace” in Italian, written on it.

The protestor’s shirt bore the Superman emblem, as well as the phrase “Save Ukraine” on its front and “Respect Iranian women” on its back.

The broadcast tried to edit around him, but the flag was plainly seen:

A guy carrying a Pride flag and wearing a shirt that says “Save Ukraine” on the front and “Respect for Iranian women” on the back just crashed the pitch at the World Cup in Qatar. pic.twitter.com/ShD5Umko2L

The feed even cut away from the referee simply for picking the flag up off of the pitch.

The man was taken down by stadium security before making it off the field, but his statement was heard loud and clear.

Many are supporting his cause and calling for leniency in whatever punishment the protestor may face.

In a post-game interview, Portugal midfielder Ruben Neves spoke out in solidarity.

“Of course, we are all with them and the message on his shirt as well,” Neves states. “We hope nothing happens to the boy because we understand his message and I think all the world understood it as well.”

In addition to its treatment of queer people, the Qatari government has been called into question for its legal stances on women’s rights and the mistreatment of migrant workers who readied the country to hold the World Cup.

“We know what has happened around this World Cup,” Neves says plainly, adding that protest against it “is a normal thing that can happen.”

Between players like Neves and the German national team, it’s nice to know that at least some footballers choose to be on the right side of history. Who needs David Beckham, anyways?