Actor Leslie Jordan has amazed fans with another amazing throwback photo (above). This one [above] comes from 1980.

Jordan, 66 captioned the pic on Instagram, “I just called 1980 and told it I wanted my 6-pack back — except in those days I was drinking and I’m afraid they’ll think I want beer.”

The photo shows a shirtless, hairy, and rugged-looking Jordan, leaning against a car. If it was taken in 1980, he would have been around 24 or 25.

Among those to comment was fellow actor Octavia Spencer, who said, “If they call u back text me. There are things I want, too.”

Singer Natalie Hemby commented, “Get that chest hair back too,” prompting Jordan to say, “I still have it except it’s snow white.”

Singer and songwriter Randy Houser said, “This is awesome,” to which Jordan replied, “I was a handful, a little runaround. The stories I have would curl your hair! It’s a wonder I’m still standing.”

Also impressed was Sharon Osbourne, who shared the photo to her stories and said she was “Obsessed.” 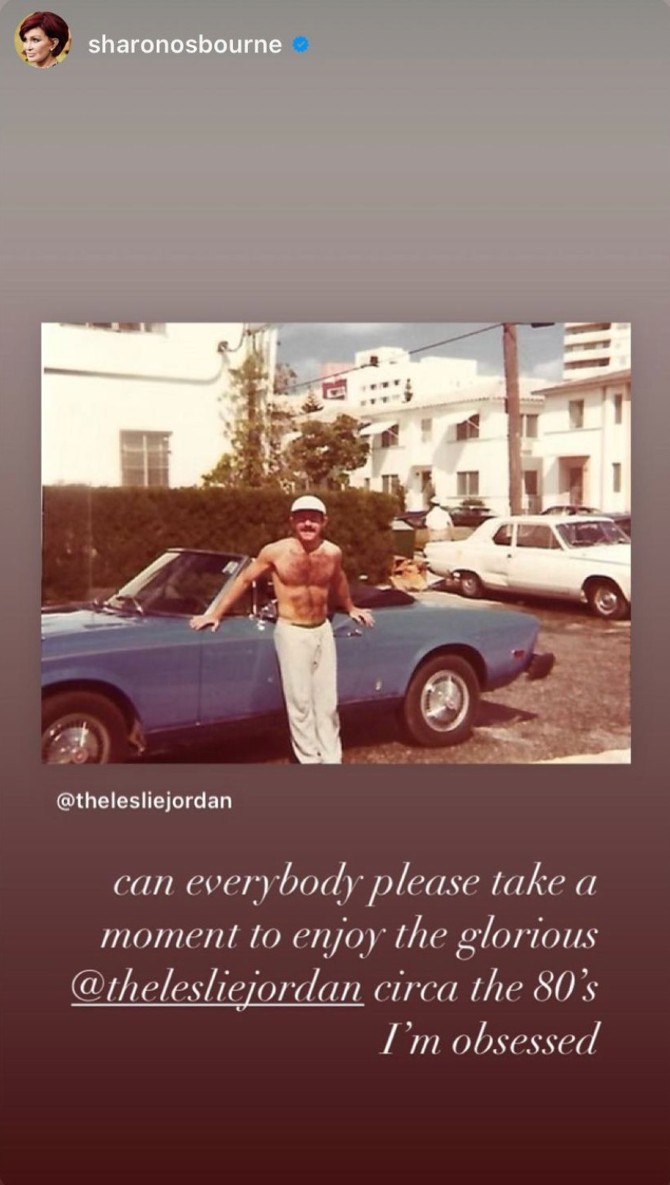 Jill Vedder called him a “stud muffin,” prompting Jordan to say, “Honey, I was young and cute. Everyone in Miami wanted a some of that!”

Jordan was raised in Chattanooga, Tennessee. He has spoken before about having a tough time in childhood being raised as a Southern Baptist.

Related: Leslie Jordan trying to avoid going stir crazy is all of us right now

He relocated to Los Angeles in 1982 and has found fame with a string of TV and film appearances, including Will & Grace and several seasons of American Horror Story. Jordan grew a huge Instagram following last year of over 5.6million after he started posting hilarious videos of himself in lockdown with his mother back home in Tennessee.

Another photo he shared, this time from High School, went viral earlier in the year.