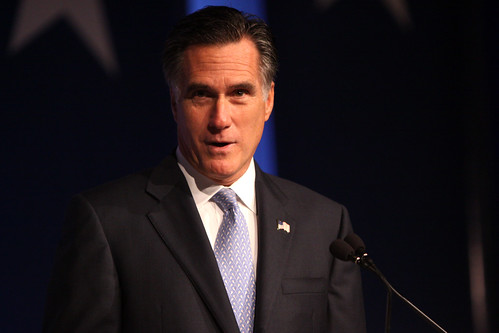 After spending untold time and dollars in New Hampshire, Mitt Romney was able to say Tuesday night that he was on track to win about as many votes as he did in the state’s primary in 2008. Along with his eight-person victory in Iowa, the New Hampshire results are trumpeted by candidate and media alike as a resounding victory, making Romney’s nomination as the Republican presidential nominee all but inevitable, much the way certain head colds are. By all accounts, Romney wore the citizens of New Hampshire down, playing on his vacation home  there (one of several that this man of the people owns) and his tenure as governor  and failed senatorial candidacy of neighboring Massachusetts.

New Hampshire voters dealt a serious blow to the hopes of the two candidates at either end of the gay-rights spectrum. Rick Santorum, who came out of Iowa energized, found that New Hampshire voters just aren’t as homophobic as he is, mostly because they booed him every time he opened his mouth. In fact, New Hampshire voters are much more liberal than Iowans; only four in ten voters in New Hampshire said that they were conservative on gay issues, while in Iowa the caucus goers were far more conservative. By contrast, Jon Huntsman, the former governor of Utah, finished in third place, despite pinning all his hopes on the Granite state. Huntsman has expressed support for civil unions, which is very 20th century of him, but when you’re dealing with a candidate pool drawn from the 13th century’s finest, he’s way ahead of the pack.

As for the rest of the pack: Newt Gingrich continued his imitation of the space shuttle Challenger, while Rick Perry, who was rumored at one time to be a credible candidate, finished ahead of Vermin Supreme, but just barely. The other wild card–and wild is the appropriate adjective–is Ron Paul, the “I-am-so-not-a-racist-homophobe” libertarian candidate who is apparently running against Woodrow Wilson. Paul is likely to continue his campaign to the bitter end to promote his cause, but it’s hard to imagine anyone taking his cranky-uncle-in-the-attic act seriously after a few more primaries.

So now it’s off to South Carolina, a Tea Party haven, where two-thirds of the voters think marriage equality should be outlawed. In a desperate attempt to gain attention and halt the Romney coronation, you can expect Perry and Santorum to pick up the exclusionary rhetoric even more. It’s all over but the shouting, but the shouting is likely to be as homophobic as ever.