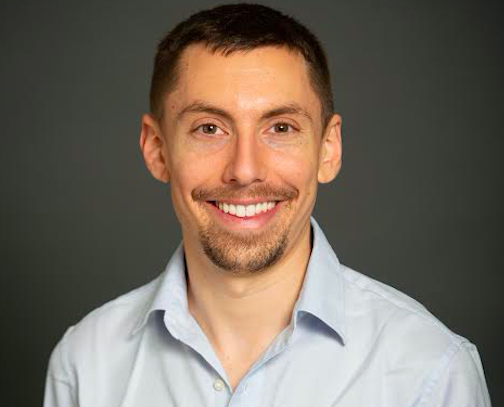 Tony Silva is an Assistant Professor of Sociology at the University of British Columbia. His areas of research include gender, sexuality, and rural sociology. But he’s probably best known for being the guy who coined the term “bud-sex.”

Queerty first interviewed Silva back in 2016 about his study on “bud-sex,” which is when two guys who identify as straight hook up together in private. They have wives. They have kids. They consider themselves 100% heterosexual. But they’re also able to compartmentalize sex in a way that allows them to get it on with other dudes without complicating anything.

Silva has since expanded that study into a full-length book. Still Straight: Sexual Flexibility among White Men in Rural America explores the secret lives of straight-identifying men who have sex with other men on the DL. We had a chance to catch up with him about the book, his latest research, and to get his take on that whole Jerry Falwell Jr. pool boy sex scandal from last summer.

Here’s what he had to say…

You and I first spoke a few years ago about a study you had published about “bud-sex,” which is a term you coined. Now, you’ve expanded that study into an entire book called Still Straight. I never asked you then, so I’ll ask you now… How did you first become interested in this subject?

One thing I find fascinating is when behaviors do not seem to match the identities people have. Sexuality in particular is something many people consider important to who they are, so I decided to study this topic. There also isn’t a lot known about sexuality in rural areas or small towns, so I thought it would be interesting to examine this issue.

Why do you think gay men are so fascinated by the subject of straight men having gay sex?

I think one reason why is that straight men seem completely off limits–but some are in fact open to sex with other guys. I think that’s one thing gay men find interesting. Plus, a lot of gay men have hooked up with straight guys, so they know that some straight guys do this, and it’s interesting to learn more about the topic. On top of that, a very small percentage of men identify as gay or bisexual. It’s intriguing to think that there are actually many more men who enjoy sex with other men, but who are secretive about it.

You spoke to 60 straight-identifying men over the course of several years. That, to me, suggests that this whole “straight dudes having sex with straight dudes” phenomenon is a lot more common than people might imagine Would you say that’s accurate?

It is definitely accurate. There are more straight guys who have sex with other men than most people would think. Many of the guys I talked to told me that directly. From government surveys I analyzed, I found that several hundred thousand straight men in the U.S., at least, have had sex with two or more men. Most are secretive about their behavior, though, so it was a challenge to find men who were willing to talk to me.

Why do these men still identify as straight? Why are they not considered bisexual?

While many people understandably think that men are “closeted” if they have sex with other men yet identify as straight, this is not exactly true. Sexual identities may describe how individuals perceive themselves, but they do not always indicate a person’s attractions or sexual behaviors. These men are secretive about their sexual behavior, but not their identity. In fact, sexual encounters with men are mostly irrelevant to their identity.

Hundreds of thousands of men in the U.S. identify as #straight yet have had consensual sex with multiple men. My forthcoming book #StillStraight: Sexual Flexibility among White Men in Rural America helps explain why. (1/9) https://t.co/RQV0f2npDE

What is the most surprising thing you learned from your research?

A few things really surprised me. First, a majority of the guys I talked to actually supported equal legal rights for LGB people. Second, many of the married men thought that sex with other guys was not cheating. It was almost like a loophole in their marriage contract. And third, when I first began talking to these guys, I was surprised that many loved to bottom and give oral sex. Interestingly, many said that bottoming for another guy was an opportunity to have sex but without feeling the pressures they did when they had sex with a woman. I did not expect to hear that.

Last summer, evangelist leader Jerry Falwell Jr. made headlines after it was reported he enjoyed masturbating while watching his wife have sex with younger men. Now, I realize cuckolding and “bud-sex” are technically two different things. (One involves being a live witness, the other involves being an active participant.) But they sort of fall into the same general wheelhouse. I imagine, if the reports about Falwell are accurate, he used the same logic the men in your research use when hooking up—it’s not actually “gay” because he doesn’t identify as “gay.” Would you say that’s probably true? Or is a man watching another man have sex different than actually engaging in homosexual activity?

That’s a good question. Many guys do not consider something to be gay or bisexual so long as they do not touch another guy. On top of that, many men feel like sex is “straight” when a woman is involved. Whether a man is watching another man have sex with a woman, or a man is having a “threesome” with a woman and another guy, many men feel like something is not gay or bisexual if a woman is involved. Of course, as the guys I talked to also pointed out, even sex between men is not necessarily perceived as gay or bisexual if a guy sees himself as straight.

Labels have been a hot topic within the LGBTQ community in recent years, and especially among younger generations. A lot of queer people feel they are outdated, simplistic, and don’t accurately describe who they are. We’re a lot more layered and complex than just “gay,” “lesbian,” or “bisexual.” Do you think heterosexuals are having a similar realization? Could we be seeing the beginning of a larger shift in how those belonging to the mainstream “straight” community view themselves?

I think this is definitely the case with women. Surveys show that increasing numbers of women in the U.S., especially young women, have had sex with other women. Most straight women don’t have sex with other women, but the numbers are rising. Men’s sexual behaviors haven’t changed as much, at least from what surveys show. A big reason why is that many men feel like having sex with another guy would threaten their masculinity. Same-sex sexuality is also underreported due to social stigma, so I’m sure many men do hook up with other guys but don’t tell anyone about it. Still, today straight women are more comfortable exploring their sexuality than are straight men. Of course, some straight men do have sex with other guys—and I talked to a bunch of them!

Still Straight is available to purchase in many places, including Amazon, Barnes & Noble, and NYU Press.