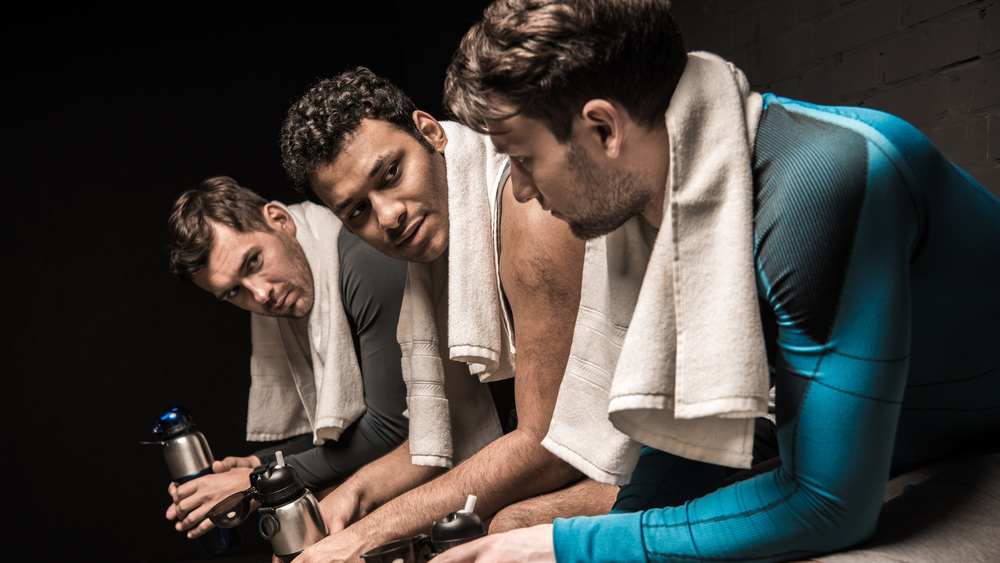 An annual survey conducted by Seattle’s Rain City Jacks jerk-off club concluded that roughly 10 percent of its approximately 300 members self-identify as heterosexual. (Roughly 25 percent identify as bisexual.) An informal study of Bateworld.com, a website known as “Facebook for masturbators,” estimated that 15 to 30% of its users probably identify as straight too.

“You can sometimes tell a guy is straight because he’s not interested in kissing another guy. It’s easy for him to focus on the penis, but not to be physically affectionate.

The straight men I’ve played with at my club want to evangelize it to other straight guys, because they enjoy it so much and they don’t feel threatened by it. They may feel no romantic attraction to other men, but we’ve given them a green light to experiment: to touch another man’s penis, to share pleasure with each other.

One of the terms I hear a lot is that this is the ultimate form of male bonding.”

While we’re rolling our eyes at trying to make all-male jerk-off clubs seem ultra macho by being the “ultimate form of male bonding” (ugh), Rosenberg also thinks that jerk-off clubs allow straight men to affectionately bond with other guys in private without the potentially stigmatizing labels of “gay” or “bi.”

Dr. Jane Ward, author of the 2015 book Not Gay: Sex Between Straight White Men (a book which helped introduce many to the straight-ish same-sex jerk-off term “buddy baiting”), says that some exhibitionistic straight men may enjoy jerking off with other dudes because they may get compliments and validation that female partners don’t provide.

Either way, it’s a notable development in a bi-phobic world where “straight” men make up all sorts of new words—like “androphile,” “heteroflexible” and “mostly straight”—to try and maintain their heterosexual privilege.