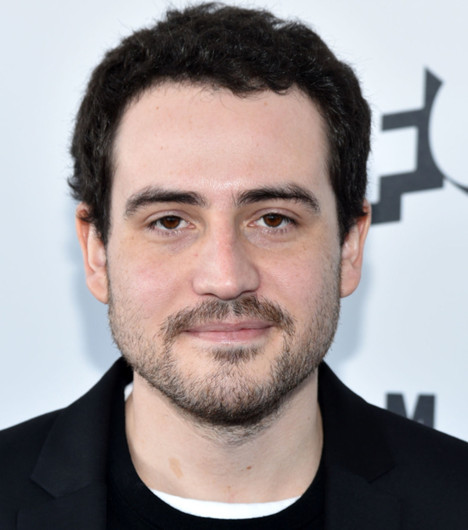 The story follows the titular Brazilian teen (played by Christian Malheiros in his debut) following the death of his mother. Stricken with grief, he scrambles to come up with enough money to live on his own and avoid the reach of his abusive father. He also wrestles with his budding feelings for Maicon (newcomer Tales Ordakji), a handsome friend with a secret.

We tracked down Moratto to chat about the film as he prepared for the big screening.

How long did it take you to develop the story of Socrates?

My mom passed away in 2014. She and I were very close. That was a very lonely and difficult experience for me because she was in the US and all her family is in Brazil. So it was basically just me and her for a long, painful dying process. So a lot of that isolation that I was feeling I had to find a way to get that out somehow, emotionally and artistically. I had to express it; it’s like a therapy for me. Then in 2015 I came to Brazil and reconnected with some old friends from this institute, called the Quero Institue. When I was 19 or 20, I was still a film student. I spent a summer here at the institute and I made a lot of friends. The institute, they work with a lot of people, teenagers who are lower income, and through film subsidy, give them educational opportunities and a chance to learn collaboration through a film set. So I spent time volunteering with them. And I just started thinking about stories. I don’t know how it all came together in my head; it’s like it suddenly came out of this place of instinct where I felt I could tell a personal story in a context, in a world, that needed to be shown more on screen.

I wrote the script very quickly in about a week because I had so much bottled up inside me. I put it all out there very quickly; I’ve never written anything that fast. Then I presented the script to the institute, Tammi Weiss, who’s the coordinator loved the story. We had a meeting, and I told her if we made the film I wanted to do it the way we had worked at the institute, where the kids do the work and make the film. And she loved the idea, and everyone else at the institute bought into this dream. So it sort of all came full circle. I brought a lot of people back that I’d volunteered with. I pitched it in January. By the end of July, we’d already filmed it.

One of the major themes in the film—as much as coming out as gay or coming of age—is the issue of poverty. Socrates is someone with literally nowhere to go, nobody to turn to.

It’s always been a huge issue in Brazil. I don’t know how long it will be an issue in Brazil, but that’s why I want to address it. Spending three months at the Quero Institute, working with young people who come from some of the lowest income communities, and spending time there and becoming friends with the people I worked with had a huge effect on me. Such a huge percentage of the population here lives in circumstances like Socrates. I feel like those voices and reality just get hidden and smothered because it’s too painful for people to look at it. As a filmmaker, I feel like it’s my duty to put those things on the screen and tell these stories.

Christian Malherios gives a very good performance. I was astonished that he had never acted in a film before. How did you discover him?

Well, Christian is a natural born talent. He’s been involved in theatre since he was 10. So it’s part of his upbringing. He was a theatre student at school in the area where we filmed. It’s interesting, I was asking around who could play the role. At first, I thought we’d want to go with a non-professional actor because that’s how I’ve worked on a lot of my short films. But something that many people at the institute kept telling me was that [Socrates] was a very challenging role. I remember people telling me there was no way we would have time to prep a non-actor to do this. Then we auditioned about 1,000 kids for the role. Christian, for obvious reasons, we kept coming back to him. He would just listen to what I said and the direction I gave him and immediately channel that into action. On top that, he’s just such an expressive person, charismatic.

When you’re working with an actor that inexperienced on film—acting on stage is very different from acting in front of the camera—does that affect the way you direct him?

Absolutely. I remember when we first started auditioning Christian, he was acting for the stage. And I said, “The camera sees absolutely everything you do. It will take everything you do in your face and your body and magnify it times 30.” And he looked at me like, oh wow. And it struck him. So he did everything smaller, and it was still too much. So I told him to make everything even smaller. In that sense, it’s just a technical thing. And I could see the progression of Christian throughout the process and how much they learned on their first film set to make the performance all in the eyes.

The film was dedicated to your mother, which echoes Socrates’ life quite directly. How closely does Socrates story mirror your own around the time of your own mother’s death?

That’s an interesting question. I didn’t go through an experience as intense as that of the film. It’s a very different world from my own. But emotions, what I was feeling—that’s all in the film. In many ways every door that slams in Socrates’ face is a door that, at that time in my life, I felt slam on mine. I felt, for whatever reason, it took a while for people in my family and friends to grasp how hard that [experience] was for me. It was hard for me too to express it and put it out there. I think people were finally able to understand once I made the film and they could feel what I felt. For me, that was the moment I felt I overcame that moment in my life: when I could share the film with people. Sharing it with the world has been one of the most cathartic experiences of my life.

I recall an old saying that people don’t really grow up until they lose one of their parents. I think that’s true of Socrates. Is that true of you?

I think I’ve evolved as a person and an artist, not just from that, but also from our production model and the way we made the film and working with people who are so different. Learning how to communicate, learning how to work with people from different worlds was something I feel like I learned, more than the kids on my set learned. I feel like I learned more from them than they did from me.

In the United States, we have this notion of Brazil as a sort of gay, South American paradise at least before Bolsonaro. Yet, in the film, Socrates and Maicon certainly encounter homophobia. In short, what’s it like for gay people in Brazil?

Well, I felt like homophobia has always been a problem in this country. Of course, as you said, it’s seen as a gay-friendly place. Depending on where you are, it is. But that doesn’t mean things that you see in the film don’t happen here every single day. Even before the election, I couldn’t tell you how often I saw in the news transgender people getting murdered. So for me, I always felt a certain tension and discomfort. There’s a lot of factors at play, but my feeling is that the problem has always been here. We made this film before the election, so if anyone told you it didn’t exist here before, it did. It’s frightening. That’s why we make films like this because we hope people will connect with these stories and turn to our side.

I noticed that Socrates fits well into your filmography, in that your movies tend to deal with sexuality, with poverty, with characters who reject societal pressures to follow their hearts. What draws you to these subjects?

It comes from a place of instinct. I think a long time about what I’m going to do because when you make a film, you’re taking years out of your life if you’re making a feature. So you want to make sure that it’s something that you’re willing to give everything to make. So for me, I need to make sure it’s something I can relate to. It’s a long process of thinking, of feeling, of reading, of researching, of asking questions, talking to people and just taking time to think about what is important to me. So everything I do has to resonate for me personally. If it doesn’t, then it’s not worth the time and the energy. So those themes you mention–sexuality, I’m openly gay, so that’s important to me. Societal pressure and going after what you believe: It takes a lot to sort of go out there and make a film, and I always encourage people to do it. I know many people who get afraid and decide to do something else because film is so challenging. Never giving up: that’s something I believe in. Poverty, income inequality: to me, I see poverty and corruption as a crime against humanity.

How is it with all this wealth and technology we still have people living the way Socrates lives? It’s not a political question as it is a human question—how can we live in this world and let this happen? That’s very important to me.

I can’t talk about it too much now, but I’m working on a project that has to do with modern-day slavery and human trafficking in Brazil. Hopefully, we’ll have news about that soon.

Socrates plays at Frameline June 27 at the Victoria Theater 9:15.