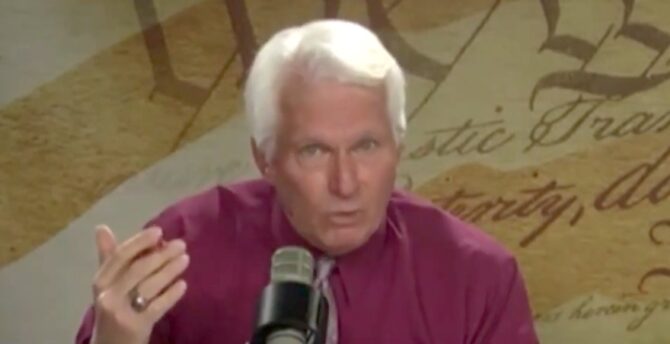 You’ve heard of Big Pharma, Big Oil, Big Tech, but… Big Gay? Who has ever heard of that? (And how do we sign up?)

Bryan Fischer tried to make fetch happen, so to speak, back in 2015, when he tweeted this anti-gay rhetoric: “The pressure Big Gay has put on Indiana is proof they are not about ‘marriage equality’ but ‘homosexual supremacy.’”

In case you’re not familiar with this particular misinformed conservative, Fischer is a former Idaho Senate chaplain and a radio host with a “long history of anti-gay activism” according to the Southern Poverty Law Center.

The pressure Big Gay has put on Indiana is proof they are not about "marriage equality" but "homosexual supremacy."

Fischer became the “poster boy for right-wing extremism” during his time as a spokesperson for the American Family Association, as Newsweek observed in 2011. But the AFA, which the SPLC deemed an anti-gay hate group in 2010, fired Fischer in 2015. And when The Rachel Maddow Show asked why, the AFA president cited Fischer’s statements linking homosexuality with Nazism.

Another person quipped, “Big Gay drills just as hard and deep as Big Oil, and fires off just as many rounds as Big Military.”