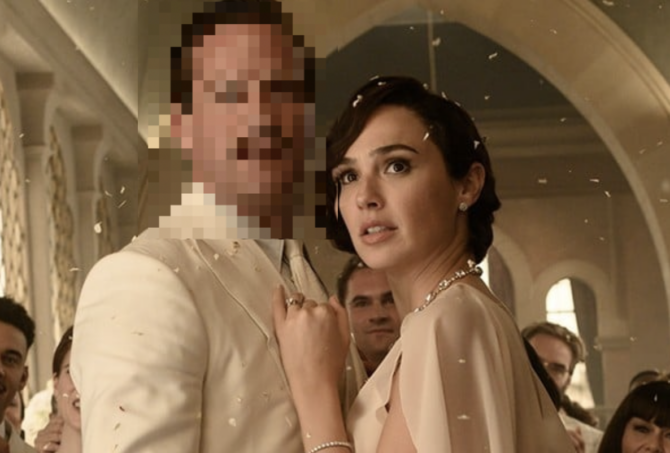 The trailer for Death on the Nile just dropped and, even though the film stars Armie Hammer, you’d never know it.

the way they absolutely dont want you to know armie hammer is in this movie lmao https://t.co/oai7cydGbZ

Related: Armie Hammer has got a thing for Henry Cavill’s nipples

Death on the Nile, based on Agatha Christie’s 1937 mystery novel, was shot in the fall of 2019, long before the scandal broke. It was originally set to be released later that year, but the pandemic forced the studio to postpone multiple times. Now, here we are, two years later. The film is set to hit theaters on February 11, 2022 and Disney is really, really, really hoping people won’t notice who the leading man is.

Unfortunately, people definitely noticed. And it’s all they’re talking about. Hammer has been trending on Twitter all day.

All I can think of here is Russell Brand and Letitia Wright exchanging anti-vax conspiracies while Armie Hammer was fantasizing about killing and eating the cast. #DeathOnTheNile pic.twitter.com/QeoxN5R0YN

So what happened with Armie Hammer, did he eat anyone?

notice how armie hammer appears throughout the whole trailer like pic.twitter.com/JrbXCKMBLy

did we just forget about the armie hammer cannibalism scandal? cause i didn’t and i wanna know more

This has gotta be the most problematic cast I’ve seen. Lol

Armie Hammer trending for Death on the Nile got me thinking about his “issues” and welp… pic.twitter.com/VjmX2Fkkmw

Armie hammer did it then ate the body