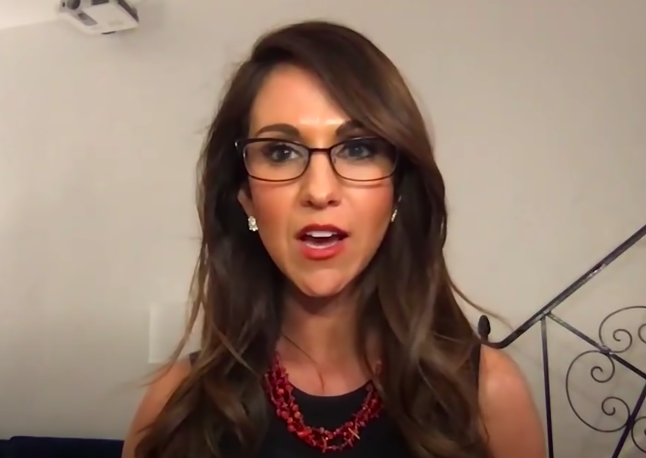 According to a new filing with the Federal Election Commission, the QAnon congresswoman, who hates LGBTQ people, illegally used campaign funds to cover her rent and utilities bills.

The filing, submitted to the FEC last week, revealed that she paid back $6,650 to her campaign after using the money to make four Venmo payments–two at $2,000 each and two at $1,325 each–for “personal expenses.”

Related: Gay Twitter just unleashed on Lauren Boebert after she goes on batsh*t rant about HIV

The illegal payments were made to someone named John Pachecho, whose address is the same as Shooters Grill in Rifle, Colorado, the gun-themed diner run by Boebert and her husband, Jayson. (Yes, this is the same Jayson who once exposed himself to a teenager at a bowling alley.)

The illegal payments was first discovered in the July campaign finance report of the “Lauren Boebert for Congress” committee.

In a letter, Shannon Ringgold, senior campaign finance analyst at the FEC, told Boebert’s campaign that if the payments were for “personal use of campaign funds, the Commission may consider taking further legal action.”

The campaign replied by saying it was really, really sorry and the payments were made in error and all the money had been reimbursed and it would never, ever, ever happen again.

Adav Noti, a top official with the nonpartisan Campaign Legal Center and former associate general counsel at the FEC, tells CNN that using donors’ money to pay your rent and utilities is a “flagrant violation” of the law.

“There are some gray areas in campaign finance law, and this is really not one of them,” he says.

These latest reports of Boebert misuse of campaign funds comes just one month after it was reported her husband (again, the same guy who once exposed himself to a teenager at a bowling alley) received $478,000 from Terra Energy Productions in 2020 for “consulting services,” which she didn’t report during her campaign.