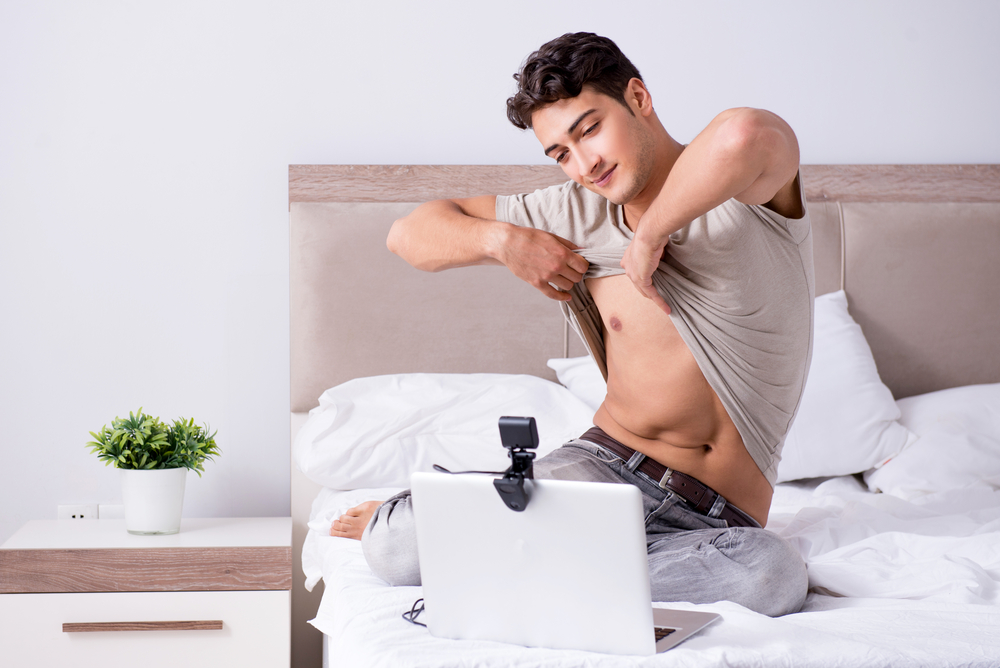 In his letter, he writes:

“A few months ago, I found the stream of an 18-year-old guy whose routine I liked a lot. “Cam” quickly became one of my favorites, and I always tipped generously whenever I saw his show. He didn’t show his face, but his bio mentioned that he’s a high school senior who lives in the same metropolitan area as me and likes daddies….

Cam’s voice sounded familiar, but I couldn’t place it. He talked about wanting to show his face on camera, and one night he did. I was shocked when I realized he was the son of my co-workers. I’ve known him since he was about 14 via various “family night” activities sponsored by my employer. Cam has always been out and proud, and now that he’s of legal age, he’s clearly decided he wants to be very out.”

The advice seeker added, “I want to make it clear that I’m not looking for permission to ask him out, have sex with him, be his sugar daddy, etc.” Instead, he’s worried that the young man might be “setting himself up for trouble down the road, as I know that people record webcammers and post the videos all over the internet.”

He also said that he has stopped watching the young performer as the idea of someone so young on display squicks him out a bit.

To Prudence’s credit, she finds the 38-year-old’s letter a bit squicky too and tells him to keep his trap shut because voicing his disapproval and reservations won’t help anyone.

“You didn’t care about whether the parents of the 18-year-old webcammer you were getting off to knew what he was doing before you realized he was an acquaintance. Nothing’s changed….

You’d just be letting him know you don’t respect his boundaries or the implied circle of discretion that surrounds both the streamer and the stream-watcher. Find someone else to watch whose parents you don’t know, continue to tip generously, and move on.”

Indeed, as well-meaning as the 38-year-old might be, his letter is a tad ageist and assumes that the young man doesn’t know how the internet works. In this day and age of widespread sexting, who hasn’t considered that their sexy times won’t resurface at some later date? Luckily, fewer and fewer people seem to care, unless you’re running for public office (and sometimes not even then).