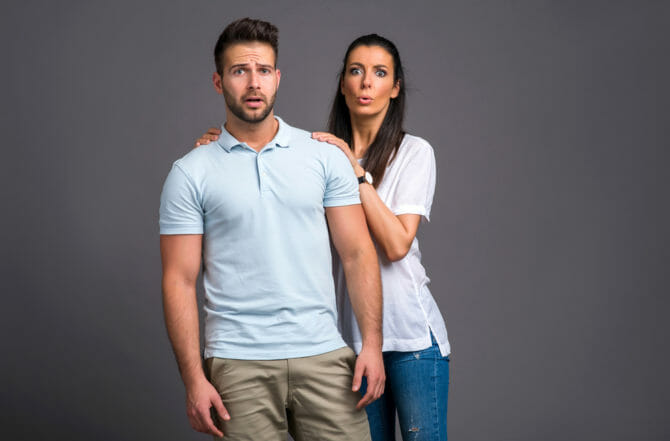 An advice columnist over at Slate just received a question that many parents may have about their children’s relationships. The question comes from “Train Wreck Incoming,” who worries that their daughter’s bisexual boyfriend is actually gay.

“My daughter and her boyfriend are both openly bisexual,” their quandary begins. “He comes from a strict religious tradition. I grew up in this tradition too, so I’m familiar with it, and I know just how insidious the worldview is and how hard it is to throw off. It’s extremely homophobic: The only acceptable life is to be straight, marry, and have children, preferably while young.”

At first, the question to us seems to be a bit bi-phobic, making it seem like the parent believes that bisexuality isn’t really a viable sexual orientation. But next, they explain their thought process with additional detail, and we’re afraid they may actually have a point.

“Recently, I learned that they’ve never had sex,” they reveal. “My daughter’s perfectly willing but he is not. They have been together for three years. I am petrified that in the future (maybe after marriage and kids) he will realize that he’s not bisexual, he’s gay, and that he has locked himself into a life that isn’t right. I’ve seen this train wreck before and it is devastating for everyone. And here I am, her parent, so everything I might say is loaded like an atomic bomb.”

Slate answers the question basically telling the parent to stay out of it and that it’s none of their business. “I understand your concerns, but I think this is something your daughter and her boyfriend are going to have to figure out for themselves,” they respond.

“Trust your daughter and her boyfriend to make their own decisions, even their own mistakes, and take the evidence you’ve seen that they love one another at face value. If you find that these anxieties become overwhelming, I recommend seeing a therapist who can help you deal with them without trying to control and manage your daughter’s sex life.”

What do you think? What would you do if you were in the parent’s position? Would you say something to your daughter? Or let her figure it all out on her own?