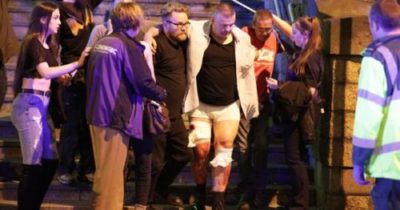 At least 22 people were killed and 59 people were injured, many of whom were minors, by a terrorist bomb that was detonated at an Ariana Grande concert last evening in Manchester.

The attack happened in Manchester Arena. An attacker detonated a suicide bomb believed to be packed with nails and bolts as shrapnel just as the concert was letting out.

Shortly after it was declared as a terrorist attack, Twitter troll @AntMcfc_ decided it would be an appropriate time to crack a homophobic “joke” about the whole thing: 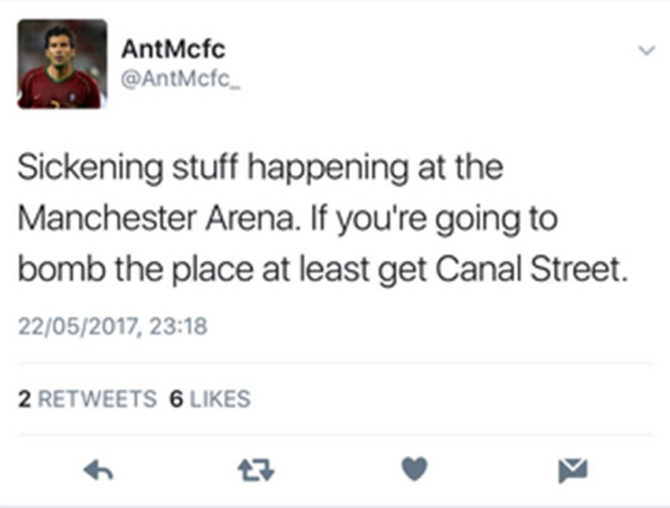 Canal Street is located in the heart of Manchester’s Gay Village.

When people accused @AntMcfc_ of being homophobic and, frankly, downright awful, he responded:

broken.
from the bottom of my heart, i am so so sorry. i don't have words.

Other celebrities also shared their sorrows and condolences:

This story is so sad and so scary. Sending all my love to Manchester.

Sending love to the U.K., @ArianaGrande and all of her supporters who were caught up in this awful attack. Heartbreaking.

every musician feels sick & responsible tonight—shows should be safe for you. truly a worst nightmare. sending love to manchester & ari

And Prime Minister Theresa May thanked emergency service workers as well as those who opened their homes to victims.

“These are the things that represent the spirit of Manchester,” she said. “It will never be broken.”