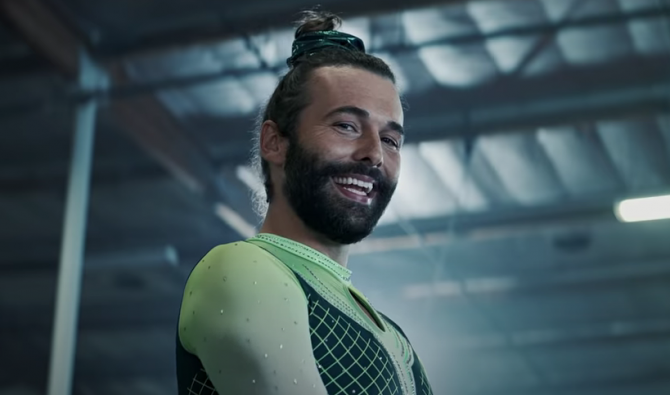 It’s been a hot minute since a corporation nailed a pro-gay clap back, so however you may feel about Uber (especially if you’re a California voter), it’s nice to know some folks in their publicity department have their heads on somewhat-straight. Or gay, as it were.

After the Uber Eats brand tapped Queer Eye star Jonathan Van Ness for an ad campaign, the decidedly-fewer-than-One-Million-Moms got their feathers all ruffled for the millionth time.

Said One Million Mom’s leader via a statement: “Casting a cross-dresser in its ads screams liberal agenda and turns off potential Uber Eats customers. … Shame on Uber Eats for attempting to brainwash viewers with an agenda instead of focusing on providing a helpful service, especially during a pandemic. … Instead of making audiences lose their appetite by glamorizing a LGBTQ lifestyle, Uber Eats should focus on what it does and remain neutral on controversial issues. For anyone curious or struggling with his or her sexual identity, watching someone prance around in the opposite sex’s clothing is not the answer.”

An Uber Eats spokesperson replied in an emailed statement to Queerty: “At Uber Eats, we’re unapologetically committed to representing the flavor spectrum. From tacos to talent, we like it spicy. JVN and Simone serve gymnastic prowess and ferosh self-confidence, qualities millions of moms everywhere can—and do—support.”

If one of these moms happens to be your mom, well, it really does get better. Promise.