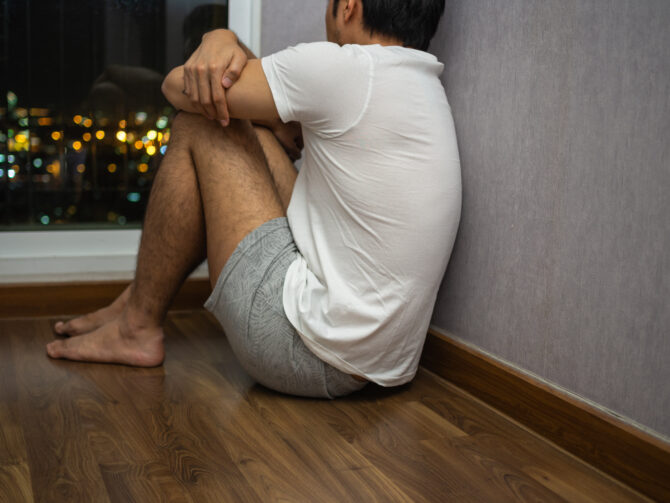 I recently decided to fulfill what I thought was my ultimate fantasy: hiring two male escorts at once. Something about having two attentive, hot guys working together to fulfill my every need is such a turn-on. So, I ended up jumping on a massageM4M site and finding these guys visiting from Miami who work together as a team, and we met at a hotel room. Here’s the thing, it was an “experience” and all, but for some reason, after it was over, I was left feeling kind of sad. Granted, it didn’t exactly go as planned. They were both doing drugs and constantly in the bathroom for various things, and then wanted to do things sexually that were just too out there for me. Still, I really thought the whole thing was going to be my ideal sexcapade. Why do I feel like not only wasn’t it that fulfilling, but I’m left feeling empty?

Escorted into a funk

Dear Escorted into a funk,

Good for you for attempting to live out your dreams. It takes courage to embrace the unknown and try new things. However, what can sometimes happen when you set your sights on a fantasy is that the actuality of the situation doesn’t match up to what you had envisioned. You then experience is a bit of a “come down”, when what you had hoped for doesn’t align with how it actually played out.

When it comes to sex, the lead up to the encounter is often the biggest part of the turn-on, as that’s where fantasy gets to prevail, doing summersaults in all its glory. In the anticipation period, everything is that much hotter, unfolding exactly as you envisioned, and devoid of any buzz-kills. But let’s face it, how many times does fantasy actually match up to the reality? It can happen, but it’s rare.

If this had actually played out as you hoped, you probably would have received undivided attention from two these tanned Adonises, making your every wish come true. They would have both been even hotter than their pictures, and communicated in a clear, compassionate way throughout the night. In fact, what you got was some sketchy behavior from drug use, and some misattunement in terms of what you were looking for. When things don’t match up with what we hoped, it pokes holes (no pun intended) into the fantasy, leaving us feeling deflated.

If you think about it, this happens a lot in life: a birthday party you were so excited for gets derailed by some drama between your friends, or a beach vacation you waited a year for ends up being pummeled by a monsoon. We build things up, and then become disappointed by the reality.

The best way to go into a new sexual experience is to calibrate your expectations. Instead of putting so much weight in your mind on how it’s supposed to look, try to approach it with an air of “curiosity”. Say things to yourself like, “I wonder how this is going to turn out,” instead of “I can’t wait to fulfill my ultimate fantasy!” It’s difficult to not have a vision of what we want to happen, but if it were all picture perfect, there would be no exultation when you do hit the jackpot.

When you’re going into a hookup, whether it be an escort situation, a regular FWB, or a late-night Grindr fling, make sure to remind yourself that fantasy is just fantasy. The reality of the situation may be completely different. I try to remind my clients to be open to whatever the experience offers.

With an escort, what you’re mostly paying for is the anticipation you get before the meet-up actually happens, as that’s where it’s the hottest. Think of the dollars you paid to those Miami boys (let’s hope it was under market value) actually going towards the lead up, versus the actual night in the hotel with them. If you look at things that way, anything else that works out beyond that is just gravy, as you’ve already gotten your money’s worth. As for your funk now, give yourself from credit for trying, and it all else fails, it can sometimes be very therapeutic to write a scathing Yelp review. 🙂

Struggling with your own issue or feelings? Reach out to LGBTQ Therapy Space to schedule a free video consultation with an LGBTQ clinician in your state who fully and authentically understands you. And don’t forget to follow us on social for LGBTQ mental health tips, and more!