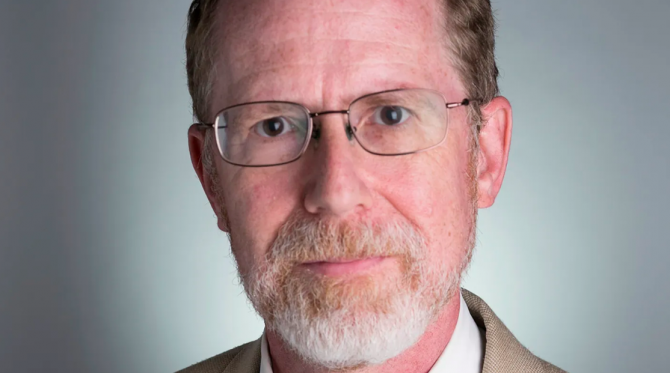 The University of Indiana says it won’t fire a professor who made blatantly racist, sexist, and homophobic remarks, citing the man’s First Amendment rights.

Eric Rasmusen is a professor of business economics and public policy in the Kelley School of Business. He recently came under fire after sharing an article on Twitter titled, “Are Women Destroying Academia? Probably” and pulling a quote from it that said, “geniuses are overwhelmingly male.”

This prompted online sleuths to dig further into Rasmusen’s past, where years of bigoted statements made by him were uncovered, including calling gay men “promiscuous” and declaring they should be forbidden from teaching because they’ll sexually abuse male students.

“Male homosexuals, at least, like boys and are generally promiscuous,” Rasmusen said in 2003. “They are more likely than heterosexuals to go after the youngsters under their care.”

“They should not be given the opportunity to satisfy their desires.”

Another time, he declared Black students unfit to attend elite institutions because they are intellectually inferior to white students.

In a letter, Provost Lauren Robel writes: “Professor Eric Rasmusen has, for many years, used his private social media accounts to disseminate his racist, sexist, and homophobic views.”

“I condemn, in the strongest terms, Professor Rasmusen’s views on race, gender, and sexuality, and I think others should condemn them,” Robel continued, then added his remarks are “stunningly ignorant” and “bigoted.”

But, she said, the school can’t fire him because the posts were made “as a private citizen” and “as vile and stupid as they are … the First Amendment of the United States Constitution forbids us to do so.”

Robel did say, however, that students may transfer out of Rasmusen’s classes without penalty. For those who choose to stay enrolled, the university has implemented a blind grading system that allows them to anonymously submit assignments without fear of being discriminated against by their professor.

“If other steps are needed to protect our students or colleagues from bigoted actions, Indiana University will take them,” Robel added. “My main goal here is to have the students understand that they’ll be judged on their merits and not on their sex, their race, or their sexual orientation.”

In response, Rasmusen, who has been employed at the university since 1992, issued a statement claiming his views had been “misrepresented” before doubling down on them.

Not only did he stand by his position that gay men should not be allowed to teach because they’ll rape students, but he called affirmative action corrupt.

“The whole idea of affirmative action is that too few black students (would) get in without racial preferences,” he said, “so we need to lower the standard for them and accept that they will do worse academically.”

Rasmusen then went on to accuse the university of encouraging bias by “condemning a dissident professor.”

“There are views you’re not supposed to express, even outside of class,” he griped, “and God help the conservative student whose professor checks Facebook and Twitter before grading term papers.”