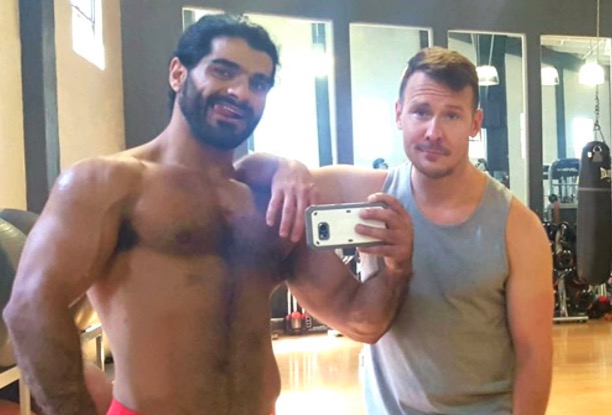 Last month we reported on a troubling scene out of San Francisco — a man’s body was found stabbed in a Hayes Valley apartment, and the boyfriend of the victim was nowhere to be found.

The victim was 48-year-old Keith Harris, and police immediately turned to his missing boyfriend, Othman Al-Muttalaby (a.k.a. Ali Liam), as their prime suspect. Both men were performers in the gay adult film industry.

Police finally arrested Liam on November 7th and charged him with first-degree murder.

However, since the initial charge was filed, some more events have transpired in the case.

According to the NSFW blog Str8UpGayPorn, Ali was transferred out of the hospital he was in for an involuntary 51/50 psychiatric hold, and into San Francisco county jail.

In addition to the murder charge, prosecutors have tacked on a domestic violence charge, since the victim was his former boyfriend.

Ali performed in four scenes in 2016 for Men.com, Pride Studios, and Paragon Men. He also worked as an escort and go-go dancer.