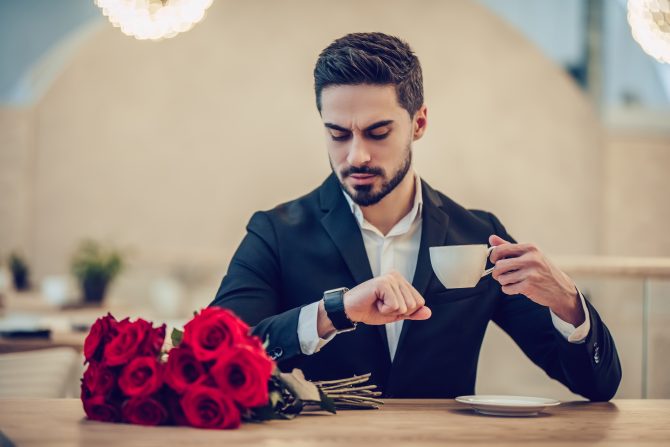 Rom-coms are full of “meet cutes” wherein the lovelorn protagonist just stumbles upon the love of their life. But those of us in the real world have to search for Mr. Right, as one 18-year-old is realizing.

On the r/askgaybros subreddit, this young chap asks if gays actually believe that the right one “will come along.”

“I often hear things like, ‘You just have to be patient at that age’ when people talk about that stuff, but how do you actually meet somebody?” he writes. “I’m going to a lot of parties (corona excluded), and I have met a couple non-straight guys, but that is a rare occasion. I feel like the chances of meeting someone just randomly are close to nonexistent. Does that suddenly change when you’re older?”

In reply, some gays revealed the right one did come along for them, but many others said you can’t just wait around for your happily-ever-after.

“Honestly, I hate that advice,” one commented. “It kinda implies that you’ll be ‘lucky’ one day, that someone will just show up and it’ll just happen. Truth is, that’s not how it works. You still need to put yourself out there, meet people, do things, work on yourself, and so on. And even then, it won’t mean anything if you’re not putting the work into a relationship. Can’t just rely on luck, you have to make it happen.”

Another guy concurred. “I prefer to actually search for friends and romantic interests,” he said. “Meeting new guys is one of my favorite parts of gay life. I definitely think we need to take an active role in our love lives.”

Another commenter rejected the idea of The One altogether. “Truth be told, relationships are work, and you need to find someone who is willing to do that work as much as you are. People’s energy will ebb and flow, but you can’t just throw time/money/love/consideration away on someone who doesn’t reciprocate. And you can’t just sit around and wait for them to just show up. What most people think relationships are is stuff that they learned from media and it’s so wrong.”

Related: Gay guys sound off on hooking up during the coronavirus crisis

And another commenter reframed the waiting game entirely. “I can tell you in my 25 years, most of my dates happened because I was actively searching I think when people say to ‘just wait’ they mean it more for people who obsess about finding relationships when they aren’t ready [and] when they should be focusing on themselves. … I’m of the personal belief that while life isn’t in our control, we can still manipulate certain things to increase those chances i.e. dating apps and putting yourself out there by going to gay-themed events. If you like sports, join a gay league. If you like video games, find a place that many gaymers are known to frequent.”

Or take this succinct comment: “A ‘right one’ can come along, but not because it’s necessarily destined to be. you have to do the work of putting yourself out there and meeting guys — this, to maximize the chances that you’ll meet someone compatible.”

TL;DR? If you’re looking for your Prince Charming, you better work!