Keanu Reeves headlines this third outing in the stylish action series about an assassin battling an underground crime syndicate. The film also stars Asia Kate Dillon (of Billions) as the enigmatic villain, The Adjudicator. Dillon’s casting makes them, easily, the highest-profile non-binary actor in history. Even better: The Adjudicator marks the first time a Hollywood movie has ever featured a non-binary character in a leading role. Anjelica Huston, Halle Berry, Laurence Fishburne and Ian McShane also star, though for our money, the show belongs to Dillon. One word of warning: we were uttlerly confused by the plot having not seen the previous entries in the series. With that in mind, check out the other two first.

If Stanley Kubrick had made The Shining and 2001: A Space Odyssey at the same time, the final film would probably look and feel a lot like Aniara, the new Swedish sci-fi movie opening this week. The film takes its story from a science fiction poem (yes, really) about a group of colonists headed from Earth to Mars aboard the galactic equivalent of a cruise liner. When an accident prolongs their journey beyond the initial three weeks, the passengers begin a descent into madness, mitigated only by Mima (Emelie Jonsson), a bisexual meditation instructor. You’ll be delighted to know Mima has liaisons with both a very hot male crewmember, and the beautiful Isagel (Bianca Cruziero), one of the ship’s pilots. Aniara plays like a pressure cooker, teasing the audience with hope and dread as the plot takes one horrifying turn after the next, culminating in an ending bound to spark love-it-or-hate-it arguments. For those willing to take the journey, however, Aniara doesn’t disappoint.

In select theatres and on demand May 17.

The Maddening: The Case Against Adnan Syed

Speaking of the divisive, HBO continues it’s roll of outstanding docuseries this year (Leaving Neverland, The Inventor) with this four-part true crime series. Fans of the smash hit podcast Serial will no doubt know the story of Adnan Syed, now serving a prison sentence for the murder of his girlfriend Hay Min Lee in 1999, back when both were still in high school. Syed has always maintained his innocence, and subsequent investigations have turned up a number of questions about the investigation, as well as evidence that Syed’s defense attorney’s failing health may have had an impact on the case. The new series, now fully available to stream, takes a decidedly pro-Syed bias as it follows his attempts to get a new trial. That said, director Amy Berg brings a beautiful visual style to the doc, complete with animations reconstructing the relationship between Syed & Lee. Did he or didn’t he? Watch the film and join the debate.

This uproarious comedy didn’t get nearly the notice it deserved back in 1998. It lands on Hulu for the first time this week, and has us hoping for a resurgence. Jane Harrocks, best known as Bubble on Absolutely Fabulous plays the painfully shy LV, a young woman abused by her slutty, boozy mum (a hilarious Brenda Blethyn, who scored an Oscar nod). The twist: LV may never have found a voice of her own, but she did find the voices of gay icons like Judy Garland, Marlene Dietrich, Shirley Bassey and Marilyn Monroe, all of whom she impersonates with spot-on perfection. Harrocks did her own singing in the film, which alone is worth the rental price. That the movie also stars Michael Caine and a baby faced Ewan McGregor seals the deal.

Queerty kicked off it’s Pride 50 this week, beginning with inaugural honoree Ellen Page. With that in mind, we think now is a good time to revisit Page’s first film, the criminally overlooked thriller Hard Candy. Page stars as Hayley, a 14-year-old who meets up with 32-year-old Jeff (Patrick Wilson), ostensibly on a date. But who is seducing who here? Is Jeff a pedophile? Is Hayley a psychopath? Can both be true? False? What the Hell is really going on here? Much as with some of the other titles on this week’s list, Hard Candy will invite love-it-or-hate-it debate, which is part of the fun. Regardless, even the most horrified audience members will enjoy two bravura performances by Page and Wilson, virtually the only two actors to appear in the whole film.

The Guilty Pleasure: The Seduction

The Sip: The Hard Candy 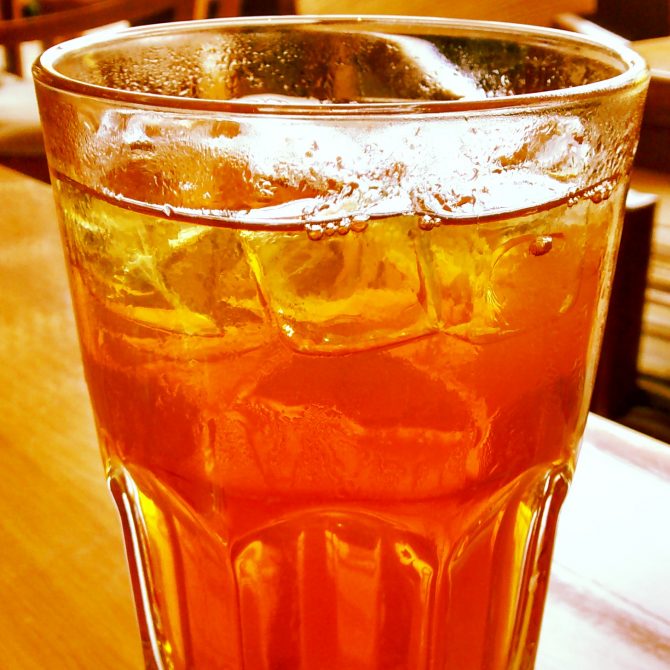 In honor of Ms. Page’s screen debut–and the love it or hate it nature of this sippage–this week, try a Hard Candy, a fruity vodka based cocktail.