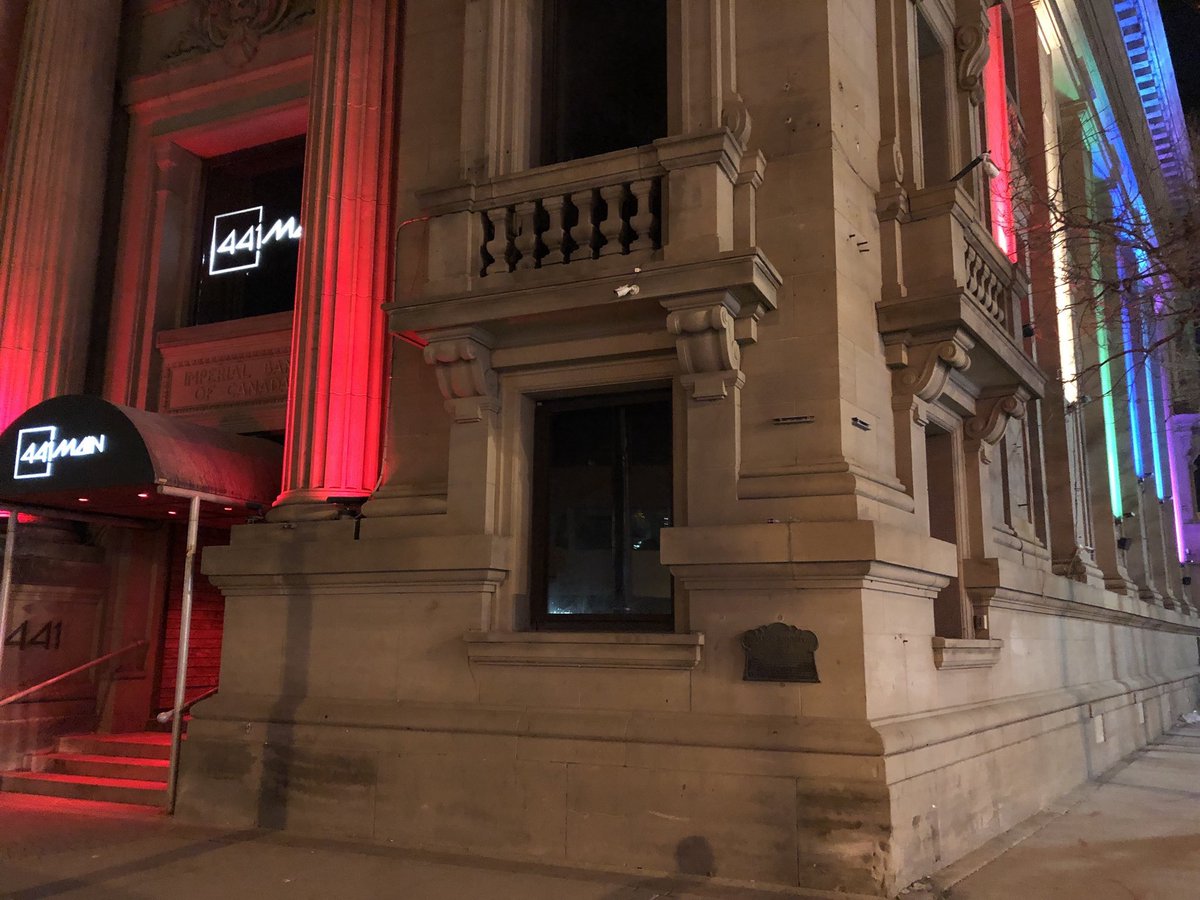 A young musician named Reese Buhr posted a homophobic rant online after being denied entry into the 441 Main nightclub in in Winnipeg, Canada.

According to City News, the club’s bouncer overheard Buhr using homophobic language while awaiting entry into the club, so he turned Buhr away.

Immediately afterwards, Buhr recorded the video of his rant. In it, Buhr says, “I f*cking hate gays, let’s put that on the record. These f*cking queers were illegal 20 years ago, my grandparents would say, ‘What the f*ck, that’s fucked man.’”

He continues, “Do I hate gays? Yes! Where are my f*cking rights as a f*cking straight person? I have rights, not only queers have rights. I have a right to get in a club.”

Even though 441 Main isn’t a gay bar, Buhr ranted against gay and queer people because he was denied entry over “a word” he uttered pertaining to gay people.

Buhr might be happy to know that homosexuality remains illegal in 71 countries around the world — in some it’s even punishable by death — not that it would improve his chances of getting into a bar.

i fucking hate homophobic losers, let’s put that on the record!! pic.twitter.com/2D5AdiOpiW

An additional video of Buhr has since been re-posted online in which appears to be drunk, thanking people for replying to his original video. In the additional video, he says:

“Thank you people for replying, and showing love ’cause, oh man, like, it’s nice to know that other people feel the same. And, like, if we all do something about this, we could actually make a change in the world. We could be the change in the world that you want to see. We could get rid of this b*llsh*t.”

We are being put down for our sexuality even though we’re the good sexuality, we’re straight. We’re the way God intended it and people are f*cking trying to tell us that we’re wrong for being straight, for using the word ‘gay.’ Come on, man. So thank you for everybody. Sending love, sending hearts and telling me what I’m saying is not b*llsh*t.”

Hey @ReeseBuhr! Heard you hate the gays! We hate you more… xoxo pic.twitter.com/1547BKXv9F

However, he has since issued the following apology: “I know most of you have probably seen a video going around about me saying I hate gays. I just wanted to address that today and say I sincerely apologize to anybody I offended, and I take full responsibility for my actions. I’d also like to apologize to security. You guys are just doing your job.”

He continues, “I do not hate gays. I respect them and their choices, and I was drunk, and I know that’s not an excuse, but I was saying things I did not mean. My eyes have been opened and I messed up really really badly, and I want to make things right. So to the LGBTQ+ community, I am sincerely sorry and I take full responsibility for what I said. I’m sorry.”

441 Main has responded to the incident by posting the following message on their social media: “At 441 Main we pride ourselves on diversity and equality. We will continue to defend your rights, making our venue a safe place for everyone because no matter who you are or whom you love, you are still human, and we welcome you. #441love.“

At 441 Main we pride ourselves on diversity and equality. We will continue to defend your rights, making our venue a safe place for everyone because no matter who you are or whom you love, you are still human, and we welcome you. #441love pic.twitter.com/9C6qQD4Enm

We have decided to change the lights on the side of our building for the weekend to make a statement on our stance on the recent incident. Everyone is entitled to love whomever they desire to love and we support that. Spread your love so its louder than hate #441love??????? pic.twitter.com/3Il0mG0cRm

The bar has also temporarily changed its outdoor lights to be rainbow colored to show its support for LGBTQ equality.