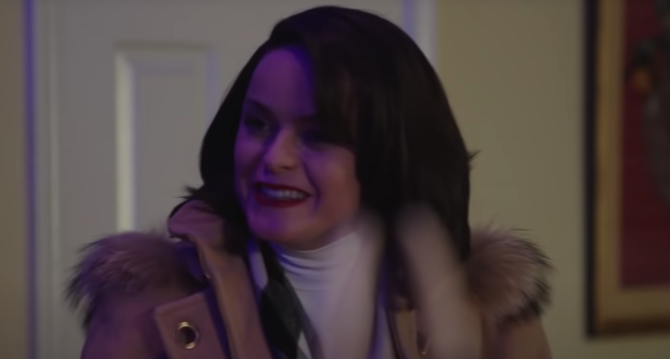 Karens seem to be unavoidable lately, do we really need a “Karen” feature-length film?

In the thriller by Coke Daniels set to air on BET, Orange is the New Black star Taryn Manning plays the lead role of Karen, “a racist, entitled white woman in the South who terrorizes her new Black neighbors.”

“The feature [is] about Karen Drexler (Manning), a racist white woman who makes it her personal mission to displace the new Black family that has just moved in next door to her,” reads the synopsis, via Deadline.

“Community activist Malik (Hardrict) and his wife Imani (Burke) are the couple who have just moved to the Atlanta suburb, but they won’t be backing down without a fight.”

“Last year during the global pandemic and civil unrest, I — like many of us — felt anger, despair and hopelessness. The overwhelming amount of support from people around the globe, who want to see change, has been such an inspiration,” explained Daniels.

“I felt a social responsibility to take on this role,” added Manning. “Even if I had to play the villain to affect change around the globe, then I was more than willing to step into the role. What’s been going on is devastating. It’s time for change and for me to be a part of the bigger picture, meant a lot to me.”

A release date has not yet been set.