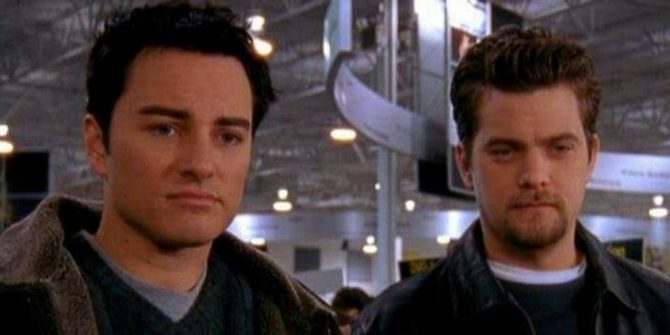 In case Election 2020 has you down, exhausted, or feeling a bit dirty about 68.7 million Americans who still somehow think Donald Trump is a good idea, never fear: the landmark teen soap Dawson’s Creek has landed on Netflix this week.

Dawson’s Creek invited gasps and grumbling when it hit the airwaves back in 1998 for its depiction of teen sexuality. The good looks and talent of Katie Holmes, James Van Der Beek, Joshua Jackson and Michelle Williams attracted the show a loyal audience. The series’ real gravitas, however, came in its depiction of LGBTQ characters, including teenagers coming out and finding love. Actor Kerr Smith played the character of Jack McPhee beginning in Season 2; the third season would see Jack have his first kiss with another boy (the Season 3 finale, in case ya wanna fast forward), with Smith becoming the first actor in the history of US primetime network television to have a passionate kiss with another man. Go figure that writer Greg Berlanti–who would go on to direct The Broken Hearts Club and Love, Simon, as well as executive produce Riverdale, The Flash, Arrow and a host of other series–created the character of Jack when he landed a writing job on the show’s second season.

Hormonal, lurid and groundbreaking, Dawson’s Creek offers up just the nostalgic, cotton candy relief we need right now in the midst of election madness. Watch it…and care about some fictional problems for a while.