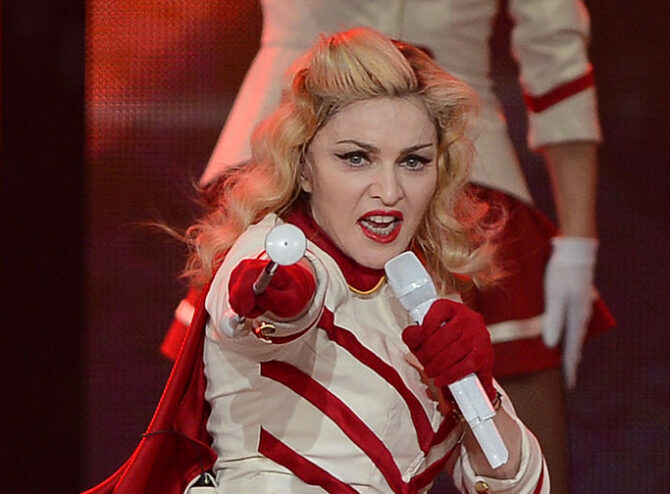 Famed record producer William Orbit recently spoke to The Mirror about his falling out with Madonna after working together on her 2012 album MDNA.

“She dives into everything with such gusto,” Orbit, who also worked with the singer on her 1998 album Ray of Light, said. “I was drinking too much and I said stupid things. I don’t know where we stand.”

Orbitz added that Madonna has never been one for sentimentality and hinted that it’s easy for her to drop people, even her own family members.

“She’s not really somebody that looks back,” he said. “I could get a call tomorrow, you know?”

But Orbit isn’t the only person who’s seem his relationship with the Queen of Pop sour. Scroll down for five queer celebrities who have shared their own Madonna falling out stories… 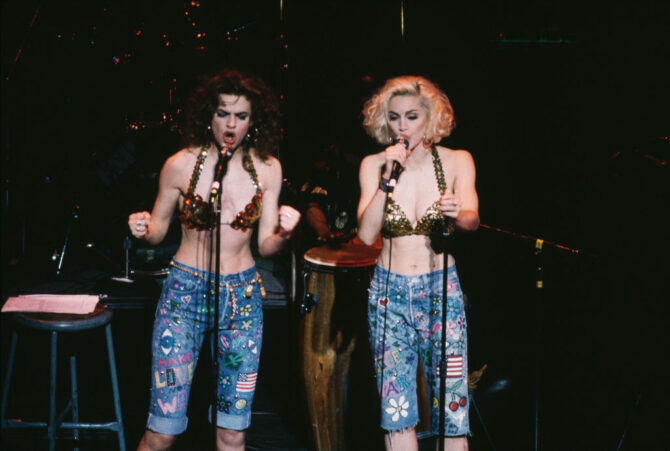 Speaking to the “Hot Takes and Deep Dives” podcast in December 2021 about her former BFF:

I didn’t really like that level of visibility and having to work it constantly. We all, as performers, work it to a certain degree, but I’m a very improvisational person, on stage and in my life, and I don’t like being tied down in having to be a certain way for my image.

What I tried to impart in our friendship is, “I’m really your friend, I’m not just somebody that’s passing through.” And, I guess, for a while, we had a real friendship. But it’s hard for somebody like her. She doesn’t really want somebody around who reflects too much of who she is. Therefore, her relationships just don’t last. 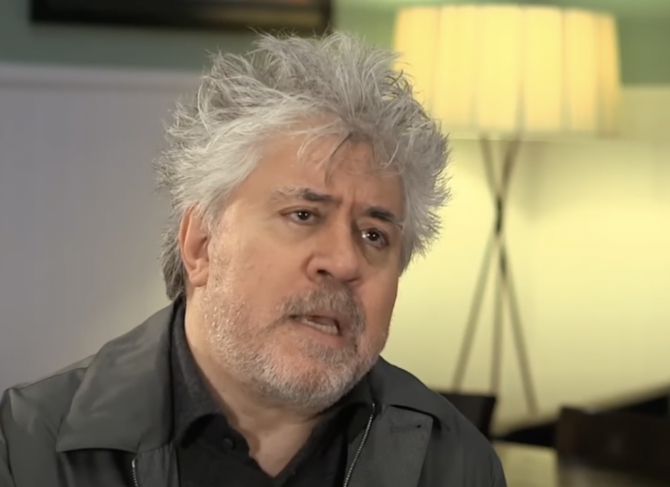 In a personal essay published by Indiewire in April 2020 about appearing in Madonna’s 1991 documentary Truth or Dare:

I went out with her the days she spent in Madrid. I organized a big flamenco party for her… She had made it very clear to me that, aside from myself, she was only interested in meeting one other guest, Antonio Banderas. I promised her that Antonio would be there, but I didn’t tell her that I couldn’t invite him without his then-wife, Ana Leza, a huge fan of the singer.

Madonna did not pay attention to anybody else. Ana dared to get close to our table and told the divine blonde sarcastically, “I see you like my husband, it doesn’t surprise me, all women like him, but I don’t mind because I am very modern.” To which Madonna replied: “Get lost.”

Madonna treated us like simpletons and I had to say it one day. She didn’t ask for permission to use our images, and she even dubbed me, because my English mustn’t have been that good.

Related: Almodóvar spills major tea on ‘Truth Or Dare’ scene with Madonna: “She treated us like simpletons” 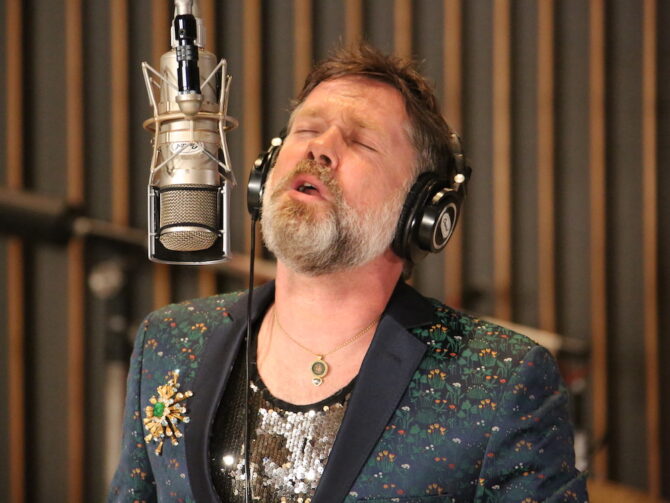 Speaking to Attitude in June 2022 about why Madonna doesn’t like him:

Look, I’m fascinated by Madonna, as is the universe. I’ve had evenings with her. Nothing extensive, but little run-ins with her over the years, and she’s never been particularly… I’m on a weird part of her radar! I’m not quite a target, but I’m not a refuge either. Whatever.

We’ve never had a great thing. But I admire her tenacity, and some of her songs are great. But she’s been quite mean to me a couple of times. But it’s like, join the list.

With her, as with certain other celebrities of that magnitude, they have a real tunnel vision. At intimate things she just doesn’t acknowledge me, doesn’t really see me.

… There was one little incident where she may have held something against me slightly, because I worked with someone who used to work for her, and they ended up leaving her: some political thing.

I was ignored by her at a very small event where there were only a few people. It was just bizarre, and very rude in general. I’m not like that. You acknowledge everybody in the room, a little bit.

Related: Rufus Wainwright just spilled the tea about Madonna: “She’s been quite mean to me a couple of times” 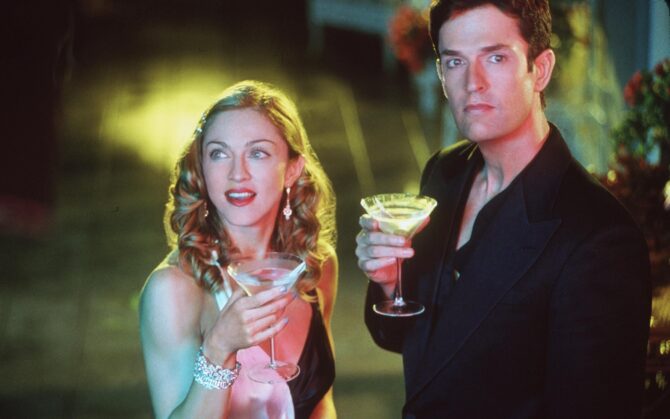 Speaking to Stellar magazine in March 2020 about their falling out after he wrote about her in his 2006 memoir “Red Carpets and Other Banana Skins”:

We don’t see each other anymore. I do miss it. She’s an amazing person and that part of my life was incredibly exciting. To be doing a film with her and to be a friend of hers and to have been such a fan of hers.

She really didn’t like it (the book). I think it is very affectionate, and certainly with her I was very careful to only write things that were. But she felt it was an infringement of privacy.

Goddesses like that are obsessed with their public image and want to control everything about it, so if anyone is to tell anyone anything about her it’s got to be her.

Elephants don’t forget… She doesn’t trust me any more.

Related: Dear Rupert Everett: We love you, but your movie with Madonna sucked. 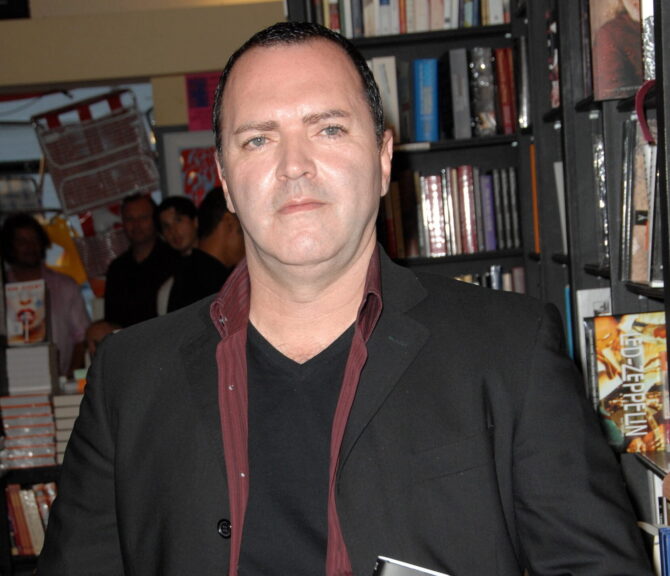 Speaking to The Sun in August 2017 about what happened after he wrote the 2008 tell-all book Life with My Sister Madonna:

When I got back to L.A. my 500 acquaintances suddenly turned out to be four friends. She’s quite powerful in Los Angeles, in the industry. I was working in the industry doing music videos and tours and it was difficult to get work, if not impossible. Madonna likes to hold grudges.

I could have written that book, the book about how horrifying she is or can be, but I didn’t write that book. I was just looking for a little recognition for the work I’ve done for 20 years with her, that it wasn’t one person.

up in smoke
8 comments