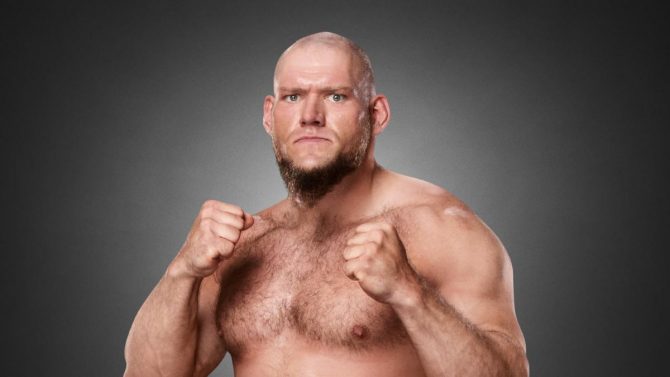 Lars Sullivan is a professional wrester and one of the hottest acts in the WWE’s SmackDown series at the moment. He’s also a total bigot.

Ring Side News is reporting that 30-year-old Sullivan, whose real name is Dylan Miley, posted dozens of racist, sexist, and homophobic comments under two different usernames at BodyBuilding.com between 2007 and 2014.

After Sullivan’s first username (Disenfranchised) was deactivated, presumably for hate speech, he created another one (Elperfecto), which is still active today, though he hasn’t posted any new comments in almost five years.

Of course, as we all know, the internet remembers everything.

Some of Sullivan’s past online remarks include:

But that’s just the tip of the iceberg.

In a heated 2007 exchange with another user, Sullivan (writing as Disenfranchised) says, “Oh, you’re black? No wonder all you can do is copy and paste” before calling the person a “whiny, c*nty idiot.”

And in another post written in 2012, Sullivan (as Elperfecto) tells someone that if his co-worker ever came out as gay, he “would draw the line and make him feel like a worthless outcast of society.”

He also wrote posts bashing Mexicans, Muslims, the Chinese, drag queens, people with mental illnesses, people who struggle with addiction, the NAACP, and “manly” women, among countless other groups of people.

Neither WWE nor Sullivan have issued any comment on the recently unearthed posts, though Ring Side News notes that they were actually discovered by hardcore WWE fans over a year ago and nothing was ever done about it then.

Perhaps now that more people are noticing, Sullivan will be held accountable for his years (and years) of online bigotry. Or perhaps not.

You can read a comprehensive, though not totally complete, list of of Lars’ past posts here.