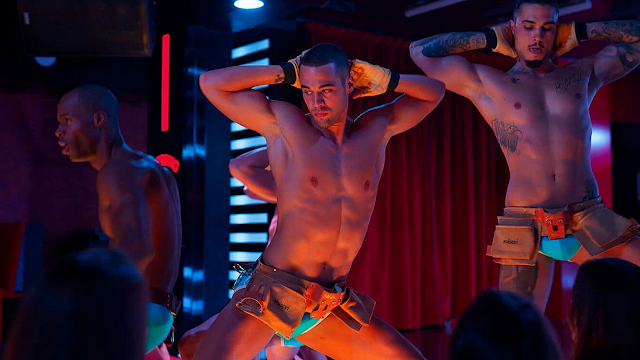 Everyone’s been talking about Toy Boy, the new Spanish-language thriller series on Netflix that follows a group of sexy male dancers as they navigate through all sorts of personal drama, including relationships troubles and solving murders.

Related: Netflix’s “Toy Boy” is all about male strippers showing off and solving murders

The show has been a huge hit with audiences and Netflix has confirmed it will definitely be coming back for a second season, though it hasn’t said when we can expect Season 2 to arrive. It’s probably going to be a while, so here are 10 movies about male strippers to help keep your thirst quenched in the meantime…

A five-part docuseries charting the lives of male dancers and boylesque performers around the country. It strives to answers such questions as “How do straight boys feel about dancing for dudes?” and “What do the gay boys think about dancing for ladies?”

A follow-up to 2017’s All Male, All Nude, this documentary takes viewers inside a small gay club in Wilton Manors, Florida, introducing them to Matt Colunga, who has been chasing his dreams of becoming an exotic dancer for over 20 years.

Channing Tatum portrays Mike, the headliner of an all-male revue who takes a young protégé under his wing to teach him the fine arts of dancing, partying, and picking up women. The film features an all-star cast of backup dancers including Matthew McConaughey, Matt Bomer, Joe Mangianello, and Adam Rodriguez.

Still thirsty? Make it a double-feature and watch the sequel Magic Mike XXL.

Inspired by his appearance in Magic Mike, Joe Manganiello‘s 2014 documentary gives audiences a provocative, behind-the-scenes peek at the history, lives, and legend of La Bare Dallas, one of the most popular male strip clubs in the world.

Way more silly and way less sexy, this classic male strip flick, which inspired a successful Broadway musical, follows six unemployed English steel workers. After seeing a touring group of male dancers, they decide to put together a scandalous show of their own to make some extra cash.

Michael (a.k.a. “Sexy Chocolate”) is an aspiring dancer who lands a dream gig at one of the hottest nightclubs in town. The work is fun and the money is good. Hiding his new job from his family, however, proves to be much more difficult.

Definitely the most obscure film on the list, this short Polish documentary tells of the tense relationship between a grandfather, who is a retired army general, and his stripper grandson, who likes to party and have sex. Where the filmmakers found these two subjects is anyone’s guess but it’s absolutely fascinating.

Boogie Nights meets The Thunder From Down Under in this 2002 thriller about the crime-ridden history of the Chippendales. The story centers around Chippendales founder Steve Banerjee, who was arrested for hiring a hitman to off his business partner/choreographer Nick De Noia and then killed himself in prison so his wife could inherit the business before it could be seized by the government.

P.S. Fans of this film might also be interested in The Chippendales Murder, a 2000 made-for-TV movie starring Naveen Andrews. Check out one of the dance numbers below.