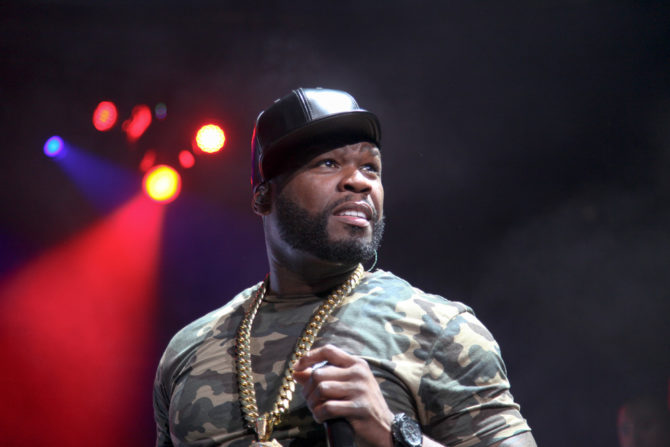 Vivica A. Fox is currently plugging her upcoming self-help book “Every Day, I’m Hustling” and–surprise!–she’s talking about her relationship with rapper 50 Cent, which ended 100 years ago, back in 2003.

In the book, Vivica calls sex with 50 Cent “cherished and special,” albeit a bit PG-13.

Related: Vivica Fox is being sued for those homophobic comments she made about her all-male stripper revue

“Most of the time, I would be the one initiating sex,” she writes, once again alluding to those rumors she started years ago suggesting that the hip hop artist was gay.

Despite all this, Vivica writes, she “really enjoyed making love with him.”

In 2016, 50 Cent said the reason his ex suspected he might be gay was because she used to give him rim jobs against his will.

“Now she thinks I’m gay because I let her lick my a**. LMAO. Wait, I didn’t want her to, she forced me, my hands were tied. 50 Shades of Grey,” he posted to social media after she told Andy Cohen that 50 “seems like he’s got something” for the men.

The rapper responded to his ex’s latest remarks on his Instagram page earlier today, writing: “I’m waking up to this sh*t, that was14 years ago. ????smh who does this? What the f*ck!”