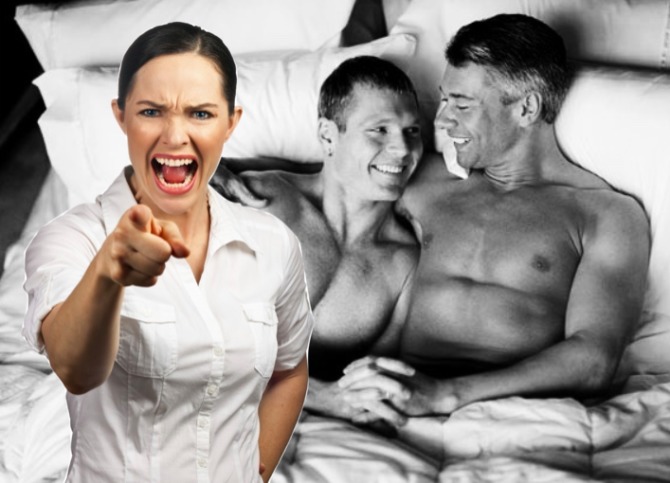 What do you do when you kinda sorta accidentally hookup with your mom’s gay best friend? That’s what one young college student on Reddit wants to know.

I’m currently at university studying architecture and my mum has an old friend who is an architect in the same city that I’m living in now. He’s gay and I remember meeting him a few times growing up and being pretty attracted to him.

Of course, he was just a closeted teenager at the time, so nothing ever happened. But now that he’s grown, things are different.

My mum saw him again recently and decided that I should hang out with him to learn some more about being an architect. I should also add that my parents don’t know I’m gay (as far as I know). He got in touch with me and we arranged to have a drink and talk.

So they met up at the guy’s apartment. Totally fine, right? Until:

After a few hours I was pretty drunk and ended up telling him that I was gay. Although I am attracted to him, I wasn’t trying to get anything to happen, I just don’t have many close friends or anything and I think sometimes it’s hard to keep it in, especially around other gay people.

One thing led to another and, well, they had sex.

“It was honestly really great,” the young man recalls. “Since then we’ve been texting each other and arranging to meet up again this week which I really want to do, but I’ve started to feel kind of weird about things.”

It’s his mom’s GBF, after all.

“He is a friend of my parents and he’s known me since I was a kid,” he writes. “But then on the other hand he’s a cool guy and the sex was great.”

Now, he isn’t sure what to do! Unfortunately, not many of his fellow Redditers have very great solutions. Though they have plenty of commentary.

“If he’s a close family friend whom you’ve grown up with, it means he knew you when you were but a babe,” one person writes, “which is kinda weird, but also… kinda hot?”

“The potential for drama here is astounding,” another comments. “Parents discover you’re gay AND sleeping with a much older man with whom they are well acquainted. Like, I cannot imagine the conversation should it get back to them.”

“My mom has tons of gay friends and if I started sleeping with them she would lose her shit!” a third person adds. “We’re not reading erotica here. It may sound hot to us hearing about it from a safe distance but this is a real person, who needs honest and realistic advice!”

Luckily, some people actually had some helpful advice.

“You really don’t need to have any ‘weird’  feelings; you’ve met someone you get along with and had sex,” one person says. “Like the people you like, enjoy your time with them, and be welcomed into our world as a completely normal human being.”

Another writes: Honestly, don’t feel guilty about this. Your sexual relationship with this acquaintance of your parents is between you and him.”

“This person has the potential to be a great confidant as well as a friend with benefits, and not just sexual; he’s a veteran of your chosen field and has experience and connections that could benefit you long term.”

And then there’s this: “At least you know your parents approve of him.”

What do you think about all this? Did this guy just make a huge mistake? Is Mom’s GBF off limits? Share your thoughts in the comments below…