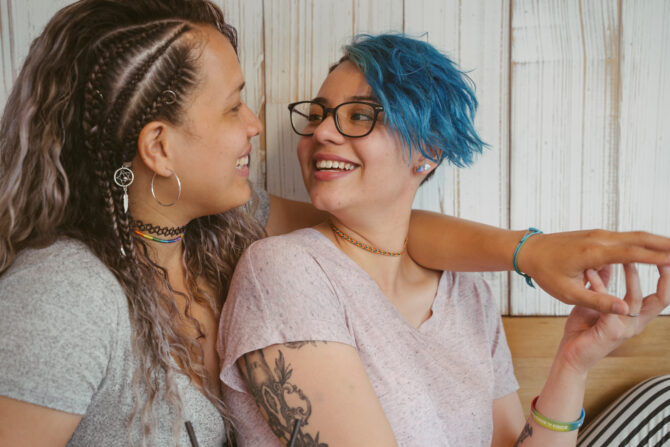 The term “pansexuality” has been around for some time now yet it still confuses a lot of people. There’s a common misconception that it’s essentially the same thing as bisexuality (it’s not). Some assume that people who identify as pansexual want to have sex with everyone all the time (rude). And there’s a joke that pansexual people are just people who are attracted to pans (ridiculous!).

…then keep reading! Here, we break down everything you need to know about the oft-misunderstood sexual orientation. 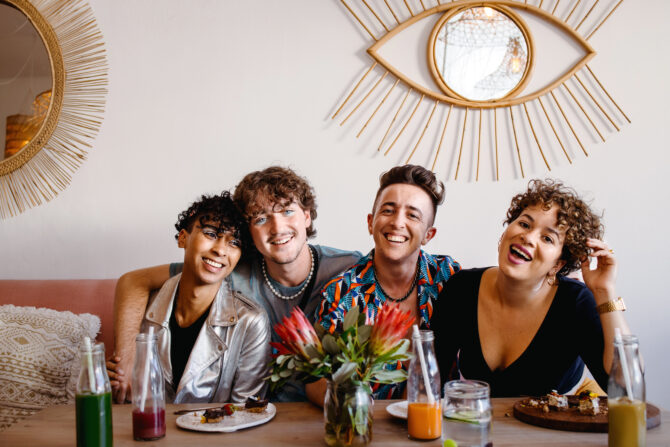 What Does It Mean To Be Pansexual?

According to the Human Rights Campaign, the term “pansexual” describes someone who “has the potential for emotional, romantic or sexual attraction to people of any gender though not necessarily simultaneously, in the same way or to the same degree.”

But it should be noted that sexual orientation is highly personal, and not everyone will hold the exact same definition for themselves. Some pansexual people define pansexuality as being attracted to people regardless of gender, calling themselves “gender-blind”. Others say they’re attracted to other people’s “energies” rather than their gender identity or consider personality first before whatever is going on between another person’s legs.

The bottom line is that pansexual people can be attracted to more than one gender and don’t often consider someone’s gender as a defining factor for their attraction. 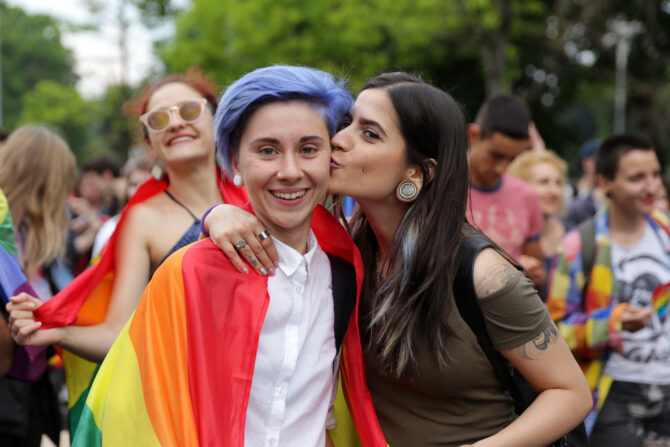 Are Pansexuality And Bisexuality The Same?

Pansexual and bisexual people are often confused with one another, and that’s totally understandable. Even some bi and pan people (but not all) use the terms interchangeably, as the terms do have some overlap. However, there are some subtle differences.

The prefix “pan” comes from the Greek word for “all”. Therefore the term “pansexual” denotes someone who is capable of being attracted to any and all gender identities.

The prefix “bi”, on the other hand, means two. In the past, a bisexual person was defined as someone who was attracted to both men and women. However, some people see this as “too binary” and exclusionary for people who can see themselves becoming sexually and romantically attracted to those who live outside the gender binary, like nonbinary people. Thus, some people have adopted the word “pansexual” as a more inclusive orientation. 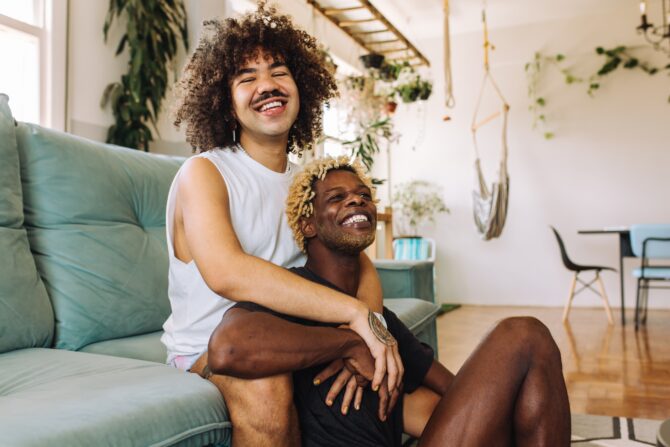 Bisexuality Is Not Necessarily A “Binary” Sexuality

It should be noted that bisexuality, as an orientation, is not “inherently binary” in its understanding of gender identity. According to social sciences assistant professor Dr. Lauren Beach in an interview with SELF, this misconception about the exclusivity of bisexuality, especially towards trans and nonbinary people, doesn’t come from the bisexual community itself.

“The idea that gender is binary really comes from cisgender heterosexual cultures,” they say. The definition of bisexuality has also evolved over time. According to the 1990 Bisexual Manifesto, bisexuality is now defined as attraction to people of the same and other genders.

As such, today, the line between the two orientations is very thin. Pansexuality is now considered to be a part of the greater bisexual umbrella, which other sexual orientations like polysexual, queer, and fluid fall under as well.

Sounds confusing? Yeah, we know. Our current understanding of gender and sexuality is pretty new. Think about it! Alfred Kinsey, the father of modern sexology, only published his groundbreaking work on human sexuality in 1948 – a mere 70 years ago. 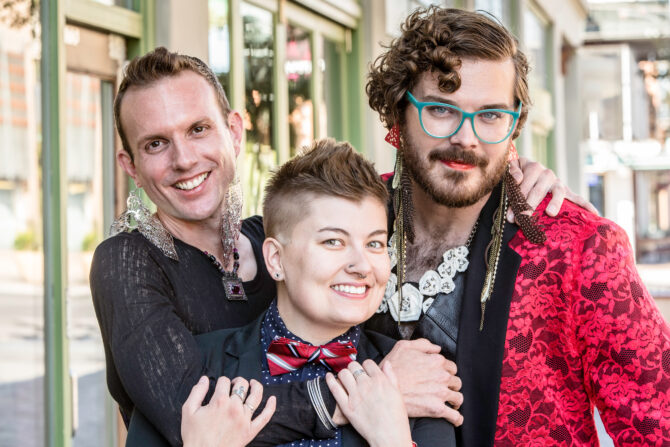 Is There An “Am I Pansexual” Quiz I Can Take? How Can I Find Out If I’m Pan?

Unfortunately, no amount of online tests that goes along the lines of “Am I Really Pansexual?” Quiz or “Am I Bisexual Or Pansexual Quiz” can decide your sexual orientation for you. All it comes down to is learning more about pansexuality and doing some honest introspection about your attraction.

When doing so, you can ask yourself the following questions:

Another great way to learn about pansexuality is to speak to people from the community. If you don’t personally know a pansexual person, you can join your school’s GSA or look for the nearest LGBTQ+ community center in your area.

If you have the resources, you can also speak to an LGBTQ+ therapist or a sex therapist with experience handling LGBTQ+ patients to help you work through your feelings and help you self-identify in a professional setup. A therapist can also give you advice on how to discuss your feelings with friends and family. 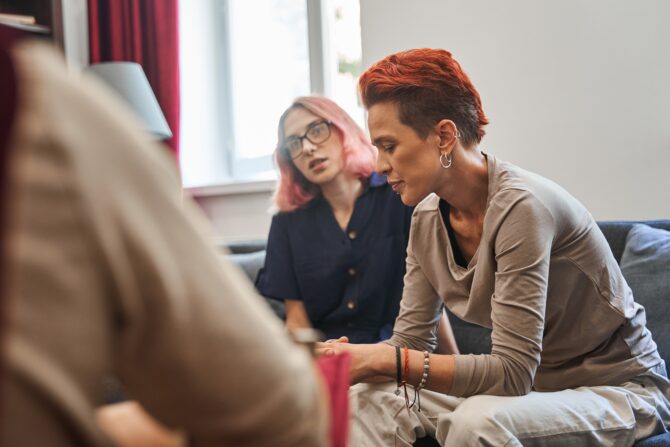 Coming Out To Friends And Family As Pansexual

So, you feel comfortable enough to open up to your friends and family about your sexual orientation. That’s great! Here are some tips for navigating that conversation:

According to The Trevor Project, it’s important to plan what you’re going to say and how. Some people will write out a guide or a spiel. Think about what resonates with the people you’re talking to. Do they like facts and figures or do they need some type of analogy?

Some people are more straightforward and would appreciate knowing that pansexuality is neither rare nor is it new. Other people may not get it right away and need some type of analogy to figure it out. One great example of this is the way David (Dan Levy) explains his pansexuality to Stevie using a wine analogy on the TV show Schitt’s Creek. Here’s how that conversation went down:

Stevie: So, just to be clear, I’m a red wine drinker. I only drink red wine. And up until last night, I was under the impression that you too only drank red wine.

David: I do drink red wine. But I also drink white wine. And I’ve been known to sample the occasional rosé. And a couple of summers back I tried a merlot that used to be a chardonnay.

Stevie: So you’re just really open to all wines?

David: I like the wine and not the label.

It’s important to manage your expectations and to anticipate some of the questions and responses they might have. That way, you can already have some answers prepared for them.

If you’re not sure how your friends and family will react, you can “test the waters” by opening up conversations about LGBTQ+ people and pansexual people in particular.

For example, you can be watching TV with your mom and see Demi Lovato come on. You can ask her how she feels about Demi identifying as pan. Or you could introduce an LGBTQ+ friend to your dad and gauge how he reacts to them before and after the interaction.

Thankfully, we’re seeing much more pansexual representation these days as well, from celebrities like Demi Lovato and Janelle Monae openly discussing their sexuality to shows like Schitt’s Creek that prominently feature a pansexual character. 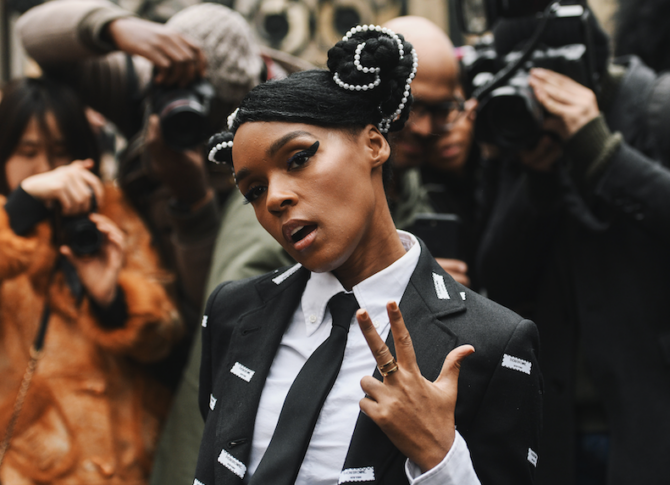 Timing and location are very important. Remember that this conversation can be difficult to process for some people. Most people who don’t grow up with a lot of LGBTQ+ friends or family can feel totally lost when it comes to terms like “queer” and “gender identity” and “sex-assigned at birth”. So take it slow, find the right moment, and make sure you’re in a safe and comfortable place to talk. 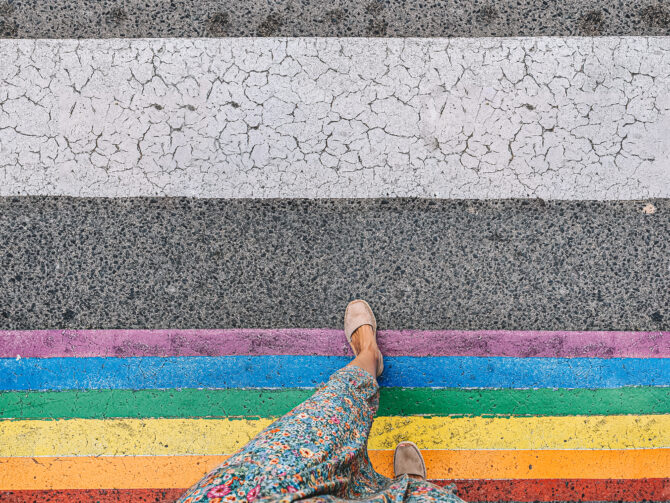 Pansexuality Doesn’t Have To Be Such A Scary Concept

We know how scary it can be to realize that your attraction isn’t as cut and dry as you (and the people around you) assumed. Whether that means you’re attracted to the same gender, two genders, different genders, or whether you like people regardless of gender altogether, coming to terms with your sexuality and coming out to friends and family can feel overwhelming.

But it doesn’t have to be, as long as you take the time to learn, be open and honest, and be patient with yourself and others!