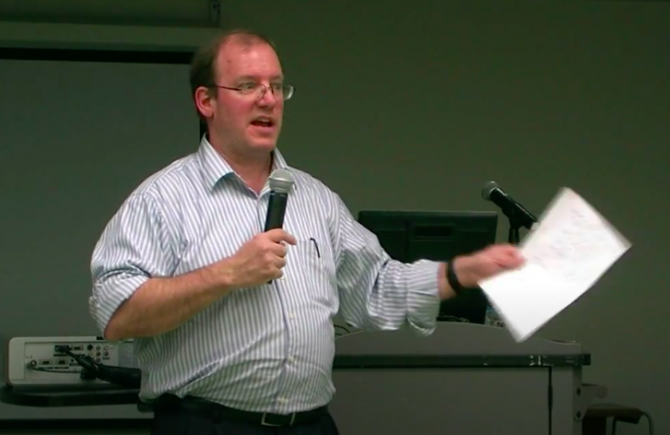 It’s been a while since we’ve heard from Peter LaBarbera. The antigay activist hasn’t made too many headlines since he was denied entry into Canada back in 2014 for being too much of a bigot.

Basic, common sense truths:
Men cannot be women.
Women cannot be men.
There is no such thing as a “pregnant man.”
2 dudes cannot truly be “married”; neither can 2 women.
The anus is not a sex organ; it’s for pooping.
Men & women can leave homosexuality & transgenderism behind. pic.twitter.com/nEbQKpt05E

The 58-year-old just published a scathing two-part review of Ryan Murphy‘s Netflix documentary “Pray Away,” which came out weeks ago, calling it a “manipulative assault” on ex-gays across the country.

Pray Away employs the usual array of editing tricks, unsubtle bias, and one-sided interviews to ram home its Sexual Left narrative that so-called “conversion therapy”—the effort to change homosexuals’ “sexual orientation”—is cruel, fraught with danger (even “deadly”), and deserves to be banned by law.

…As a veteran conservative Culture Warrior who has fought Big LGBTQ activists for decades, and who worked alongside several of Pray Away’s interview subjects before they jumped to the dark side, this documentary was very hard to watch but of special interest to me.

He goes on to call the documentary “anti-Christian to the core” and a “cheap, bigoted smear” that is just another example of “the media’s corrupt status as the propaganda arm of the radical LGBTQ (Lesbian, Gay, Bisexual, Transgender, Queer) movement.”

We could go on, but you probably get the point.

One thing that’s very clear from LaBarbera’s nearly 2,000-word rant is that he’s quite up to date on the latest LGBTQ films! We had actually forgotten about The First Temptation of Christ, but we’ll have to rewatch it because who doesn’t love a gay Jesus?

In addition to being an amateur film critic, LaBarbera is the president of the antigay hate group Americans for Truth about Homosexuality. He lives in Ohio and he is obsessed with Pete Buttigieg, who he says is a “fake” Christian.

Watch the trailer for Pray Away below.