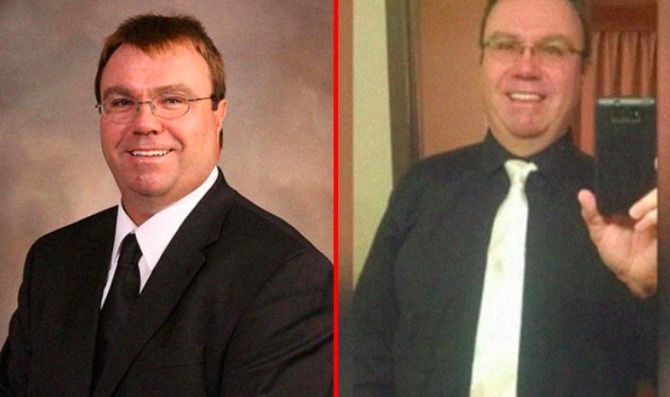 Republican Rep. Randy Boehning of the North Dakota House is seeking re-election and he would kindly like your vote please and thank you.

“That is why I’m running once again,” he said in a statement released yesterday. “I will continue to be a strong voice for the residents in my district.”

Boehning made headlines back in 2015 when he was exposed for sending an unsolicited dick pic to a dude on Grindr under the screen name Top Man.

Related: Another Day, Another Antigay Lawmaker Caught On Grindr

Ironically, the photo leak came very shortly after Boehning voted against a bill that would have banned housing and employment discrimination based on sexual orientation.

After the leak, Boehning came out as gay and confirmed it was, indeed, his penis featured in the x-rated photo, calling the whole thing a “lapse in judgement.”

He explained: “That’s what gay guys do on gay sites, don’t they? That’s how things happen on Grindr. It’s a gay chat site. It’s not the first thing you do on that site. That’s what we do, exchange pics on the site.”

When asked this week whether the scandal could impact his re-election, Boehning shrugged and said, “I don’t know. I guess we’ll find out.”

The 55-year-old lawmaker was first elected to the House in 2002.

Related: Five “Straight” Guys Who Have Grindr To Thank For Accidentally Coming Out

butt of the joke
8 comments

Twitter is absolutely losing it over Lindsey Graham’s viral “Plug that hole!” moment