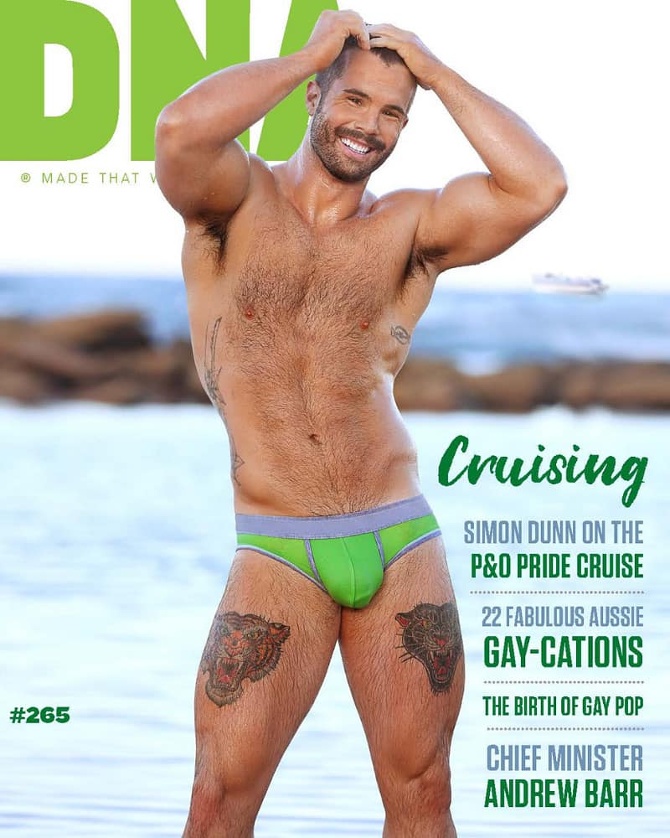 “About 10 am on Saturday, January 21, 2023, police were called to a unit on Crown Street, Surry Hills, after reports the body of a man had been found inside,” New South Wales police said in a statement.

“The body is believed to be that of the 35-year-old occupant. Officers from Surry Hills Police Area Command have commenced inquiries into the circumstances surrounding his death, which is not being treated as suspicious.”

A report is being prepared for the coroner.

Dunn took up bobsledding after spending time in Canada when younger. He became the first out, gay person to represent any country in the sport at the international level.

He retired from the bobsled in 2016 and moved to London, UK, for several years. In England, he played for the gay rugby team, the Kings Cross Steelers. After returning to Australia, he played for the Sydney Convicts. He was with the side when they competed in the Bingham Cup last year.

Dunn was a regular face on the cover of gay magazines around the world. In 2018 and 2019, he was shortlisted for the Australian LGBTI Awards Sports Personality of the Year.

He was a vocal advocate for LGBTQ+ rights and an ambassador for the Australian HIV charity Bobby Goldsmith Foundation and Give Out.

“A rough year of personal loss”

Last October, Dunn revealed on Instagram that he and his partner had split after five years together.

Dunn said, “As we just celebrated our 5-year anniversary, it become apparent our goals and journeys had changed. For me, my passion will always be working for my community and advocacy organizations plus exploring further ways I can contribute.”

“After a rough year of personal loss It became clear our time together was at a close and what we were looking for in life and partners had evolved.”

“Passionate about giving back”

“Simon was passionate about giving back to the community and volunteering,” it said. “He gave his time, and utilizing his profile, to help multiple charities. Like all great ambassadors, he had his favorites which included Bobby Goldsmith Foundation, Give Out Day and Pride in Sport.

“Simon never said ‘NO’ to donating his time to any organization who wanted to grow its Diversity and Inclusion footprint from Woolworths to Lion – helping them all to better understand their LGBTQIA+ employees and customers.

“Simon represented us all, he always said ‘I am not the spokesman, I am just a gay white male telling you about my experiences, and experiences from those with whom I listened and learnt. The sharing of these stories gives us all an appreciation of what has led us to where we are today’.”

Related: Athlete Simon Dunn opens up about struggles behind his Insta-life

Followers have left messages of tribute beneath Dunn’s last Instagram post, which appeared four days ago. In it, he said he was preparing for a new photoshoot.

American bobsledder Chris Kinney wrote, “You were so supportive when I was struggling with coming out in our sport. Will miss you Simon.”