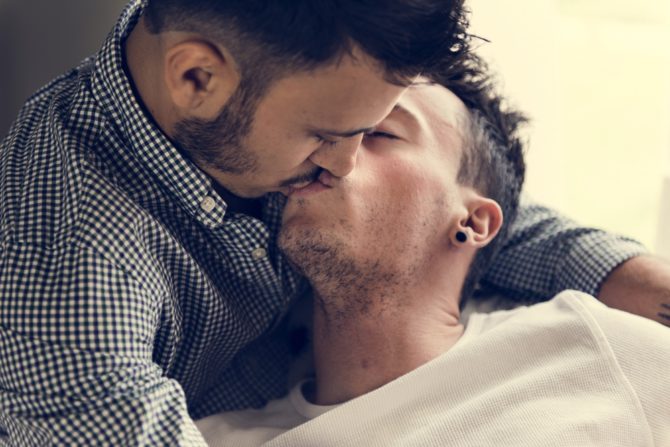 You often hear about “love at first sight.” But what is that experience like for people who can’t see?

He describes being gay and blind as: “You know when you see someone and are attracted to them? It’s kind of like that but I can’t see.”

Reddit user RedzandBluez explains, “When I was 11 or 12, I didn’t really understand the difference between boys and girls. To me, they were the same except that men turned me on and women didn’t.”

“I did not know about body parts (breasts, vagina, penis, etc.) and yet, I was attracted to my same sex. Because of my unique situation, I can tell you that being gay is not a choice.”

He adds: “When I meet someone, what I go by is their voice, their smell, their kindness, and their willingness to help me when needed.”

Sooooo basically, the other four senses we often forget about when we’re sighted. Makes sense.

User commanderzilyana concurs. For him, it’s all about the sound of a guy’s voice.

“I hear the voices of guys and it just sounds attractive to me,” he writes. “Even though I can’t ‘see’ them physically mentally I can picture how they look.”

The same goes for rkingett, who writes: “I can’t tell you anything other than, well, when I hear a man’s voice I like, I get an erection. I don’t know how else to explain it other than that. I just knew I never found women sexually attractive, like at all.”

“I’m pretty sure it’s a cultural trope that most people (men and women, gay and straight) prefer to close their eyes while kissing and turn the lights down (or even off) during sex,” User easwaran writes. “We might think we’re all about visuals, but actually when it comes down to it, there’s a lot more going on that we often don’t think about.”

AllHarlowsEve, who identifies as pansexual, describes it like this: “Honestly, it’s not all that different from how sighted people know they’re gay. When they think about kissing someone, say around second grade or so, they know if they want to kiss boys or girls.”

Related: Blind And Gay: Belo Cipriani On Life, Sex And Why His Disability Doesn’t Define Him