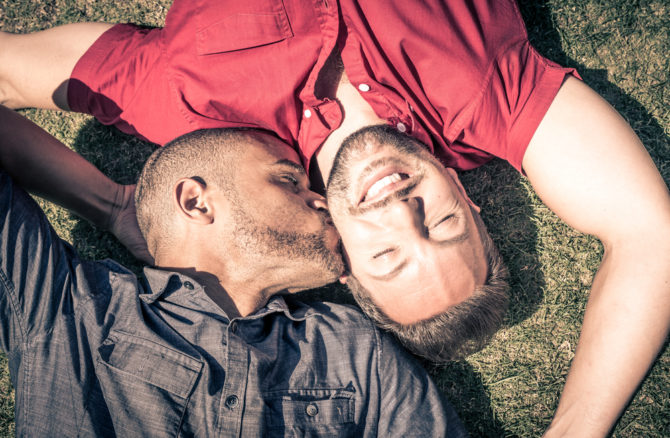 A new study out of Winchester University finds that the vast majority of straight guys now prefer their bromances over their romances with women and that it may be affecting traditional domestic living arrangements between men and women.

A total of 30 male undergrads participated in the study, which was published in the journal Men and Masculinities.

Adam White, who authored the study, says, “The key thing that we found was that bromances were somewhat more flexible and judgement-free relationships comparable to romances.”

He continues: “The guys that we spoke to were clear that the only differences, other than sex, were that bromances were less judgmental, easier to resolve problems or arguments, and much more emotionally open, than romances.”

28 of the 30 respondents said they preferred to talk about important emotional issues with their bromantic partners rather than with their girlfriends.

One participants named Brad explains: “There are absolutely things I tell my bromances and not the girlfriend. She expects so much from the relationship and will have a go if I say something out of line, and with Matt we just tell each other everything.”

White says the vast majority of the guys reported feeling that there was “less regulation in their bromantic relationships.”

“They didn’t feel like there was a standard to be kept or adhered to. Therefore, they could express their feelings, anxieties and worries without being judged by their girlfriends. And on the occasions where conflict did occur, it was seen as easier to fix with their bromances rather than their romances.”

And when it comes to stuff like hugging and kissing their bros, many of the guys said they were down with that.

One participant named Beck explains, “Guys nowadays, in my generation, there is so much kissing between guys because it’s showing affection.”

This study also found that guys are more willing to “openly pronounce love” their for one another than they were in the past, that they are less worried about “appearing effeminate.”

Related: The Art Of The Bromance, As Told Through Homoerotic Modern Dance