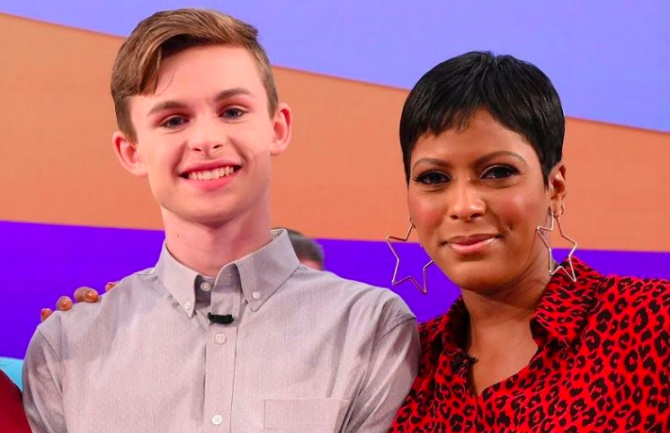 Jordan Steffy made national headlines earlier this month when two videos of him standing up to a homophobic school bully made the rounds on social media.

After being called a “f*ggot” nearly every day since the seventh grade, the out junior from Laporte High School in La Porte, Indiana was forced to take matters into his own hands when teachers refused to help.

Two different clips show Steffy fighting back against his bully and have racked up tens of million views combined in less than two weeks.

This week, Steffy sat down with Tamron Hall to talk about what happened that day.

He explained that the altercation started over something the other student posted on Snapchat. It was a photo of Steffy along with the caption, “I still hate gays.”

He continued: “I had walked into the class and I had the post right on my phone because I was going to ask him why he posted it. And I walked to his desk, I met him there, and I showed him, ‘What is this?’”

When Steffy expressed his angry over the photo, the bully called him a “f*ggot” and asked “What are you gonna do about it?” That’s when things escalated, leading the two videos that have since gone viral.

When Hall asked Steffy if getting physical with the bully was about just that one particular bully, or if it was the result of an accumulation of homophobic abuse he suffered over time, he replied, “Years. It was years and years, over and built up.”

Steffy’s mother, Angie, later added, “I’m tired of it. I’m tired of him going through that. I’m happy he stood up for himself. I’m not happy he was cussing like that. I don’t like him hitting.”

Since the videos have gone viral, the tables have turned and Steffy’s bully has become the victim of online bullying. Steffy concluded the interview with Hall by asking people to stop harassing the kid, saying he just wants the negativity to end and to move on from the situation.

Related: Gay teen fights back against school bully as teachers do nothing in viral video