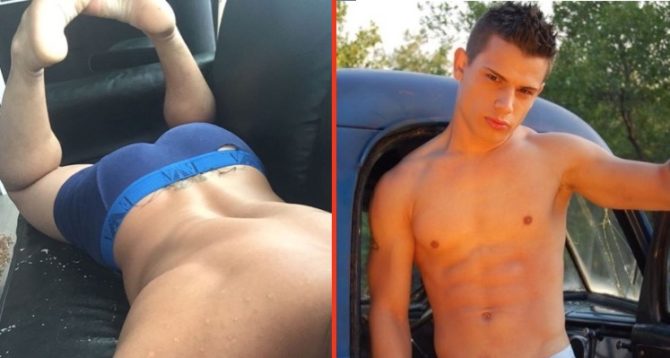 Be honest, this isn’t the first time Brent Everett’s underwear has worked its way into your consciousness.

And some of you have surely even given pause to wonder: “How can I get me a pair of those?”

Well gay adult star (and for once the word “star” is surely deserved) Brent Everett, aka Dustin Germain, is banking on the fact that his persona and sexy underwear are as natural a pair as biscuits and gravy.

Actually, he’s hoping you might bank on that also.

Germain has set up a GoFundMe to get his dream underwear business off the ground, and, well, it could be going better.

His goal is currently set at $20K, and with a total of $390 at the time of this posting, his fundraising pot has barely begun to stretch its elastic waistband.

Perhaps that’s because while folks generally offer prizes and products for specific donation tiers, Germain instead makes this vague promise:

I would beforever [sic] grateful to all of those of you who donate…I will also be keeping track of donators and offering special discounts or offering loyal customer packages in the future when the line is launched as a special  thank you for your support!!!!

OK, we’re not off to a great start on the branding front, but Germain also has himself to use as a marketing tactic.

Surely one of the most recognizable faces in the industry would use a photo of himself modeling a prototype of his design, or at least modeling something?

Well, here’s the only imagery so far — a cutout of a rooster with a crown because the company is called “King Cock”: 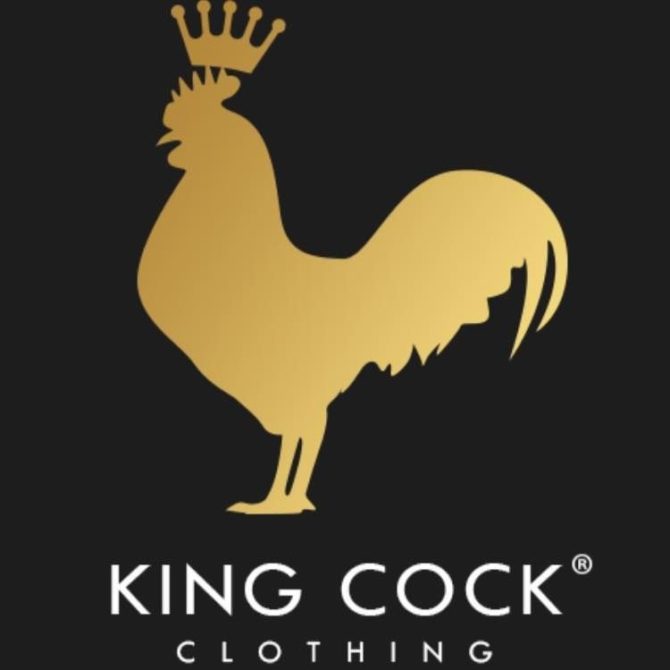 While there certainly seems like there’s some potential here, it may be a bit early to pull our your credit card.