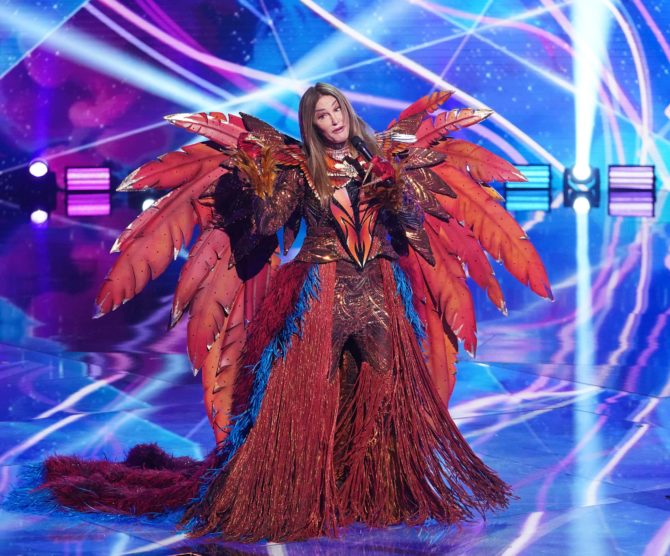 California gubernatorial candidate and Olympic gold medalist Caitlyn Jenner stopped in to (where else) Fox News this week to lodge a public complaint. Jenner claims it’s easier to come out as transgender than it is to be a Republican.

In a characteristically weird and meandering interview, Jenner told Fox Across America host Jimmy Failla about her perceived difficulties in coming out while a celebrity, and the blowback she’s received for advocating for the anti-LGBTQ policies of the GOP.

When asking a question bout NFL player Carl Nassib coming out as gay, host Failla alleged that support had “dried up” for Nassib after he came out as a Republican. He further alleged that “the left” turns on its heroes easily, and that Jenner has also been the victim of that effect.

“Yes, I am,” Jenner agreed. “To be honest with you, it was easier to come out as trans than it was to come out as a Republican. Isn’t that sad? I think both should be easy to come out with a lot. You know, the Republicans, they need a lot of help, and to be honest with you, I want to help that process. The perception of what a Republican is has got to change. And it’s sad to see that. I look at it this way, I’m inclusive. So obviously, I like I have no problem with everybody. I want to hear everybody’s opinions. Tell it to me, I’m an intelligent human being. I have great common sense. I think we’re lacking common sense.”

Related: Caitlyn Jenner flirts with the idea of running for president and this is why we can’t have nice things

Jenner then went on to advocate including transgender women in sporting events, including Laurel Hubbard, the New Zealand-based weightlifter slated to compete in the Olympics later this year.

“You just saw the first transgender weightlifter is going to be competing for New Zealand,” Jenner said. At first I go, OK, well honestly, let’s see how this works. But over the last four years has passed all the requirements as far as hormone levels and everything and became eligible to be able to compete as a as a female trans athlete. And you know what? That’s good. Let’s see how it works out. But when it goes down and there’s no rules and regulations as it gets into the high school level, we have to protect women’s sports. We’ve got to protect Title IX. I think that’s extremely important. And there are no rules and regulations at that level. Maybe in the future we do something like that. But for right now there isn’t. So let’s protect women’s sports.”

For the record, Carl Nassib did not come out as a Republican. Rather, it was revealed he is registered as a Republican in two states, Florida and Nevada, since 2019. That does not, however, portray his beliefs on individual issues. It appears he had no party affiliation prior to 2018.

As for Jenner, the former reality TV star has endured wide criticism for her run for California governor in a recall election later this year. Queer rights advocates have attacked Jenner for her often contradictory stands on LGBTQ issues, including transgender rights. Others in the political sphere have criticized Jenner for a lack of expertise, in particular, after a disastrous appearance on the talk show The View.