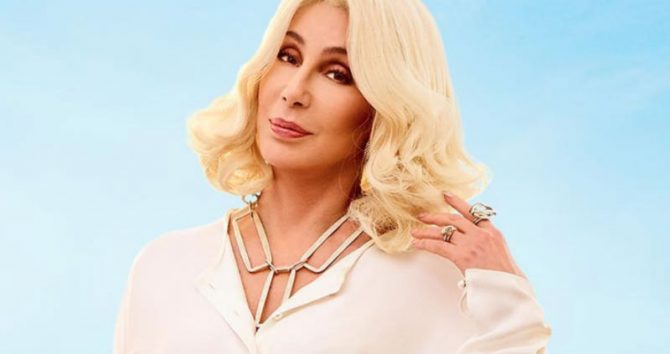 Cher has always been pretty active on Twitter, accumulating nearly 4 million followers over the years, with whom she shares her views on politics…

Washington is so lucky I’m not in office.I Would be protesting on capital steps, Swearing Like a Sailor,Fuck Those Heartless Republican Gutter??.They Probably Dont,Know Anyone who Has Lost,or Is Losing Their Job,House,apt,No one in trumps Family is Sick Or Losing Anything??

And her trips to makeup store…

Yesterday, the dancing queen switched it up and did something a little different. She tweeted a meme… of herself.

(When you’ve been at it for 60 years and are worth an estimated $300 million, you’re allowed to tweet memes of yourself.)

The image shows God introducing Adam to Eve… and Cher.

A friend Sent me this,Well I Think she’s a friend pic.twitter.com/HQf8x8e5qd

Unlike many of Cher’s tweets, which usually only garner a few thousand responses, this one went viral.

Supposedly Eve was created from one of Adam’s ribs to be his companion, but we know it really came from @cher pic.twitter.com/zEskqvrmsP

Oh, I thought you were there because you’d turned back time!

Cher is eternal! I like this meme: “Cher using FaceApp’s old function” is: pic.twitter.com/Y3oB2MSvxZ

This was how the Bible was originally opened.

Cher I’ve asked you on several occasions here and I’m desperate for an answer. Do you truly believe in life after love? I can feel something inside me say that I really don’t think I’m strong enough.

Still one of my favorite memes! Love you, Cher! pic.twitter.com/OAbBina0SW

The singer recently announced that she’s back in the studio recording new music. Her last album, Dancing Queen, was an ABBA cover album released in 2018.