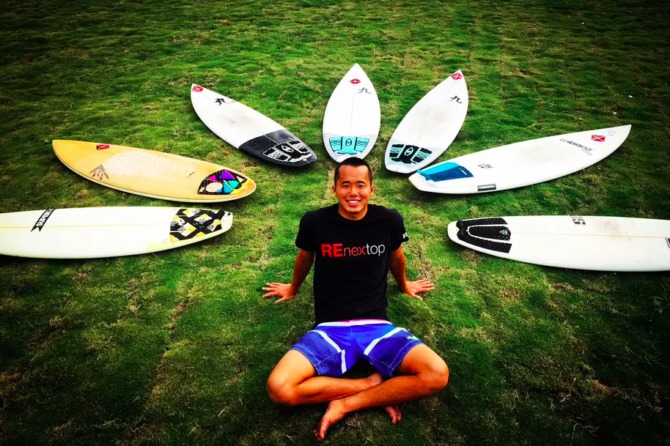 Meet Xu Jingsen, or ASam in an Anglicized translation. He’s a professional surfer from China who just came out publicly as gay.

ASam is believed to be the first professional Chinese athlete ever to come out as LGBTQ. Now, he says he’s planning on attending the Gay Games in Paris later this year where he will serve as an ambassador for his country.

In a post shared on China’s popular messaging service Weibo, ASam explained his decision (as translated by the Federation of Gay Games and Bing):

I am ASam. I will attend the global Gay Games in Paris, France, in August this year and serve as an ambassador.

Life is human, the ultimate measure of our inner courage.

We have the right to choose love and to be loved. Sex, age and skin color are not shackles.

We are all the same, living in the sun.

Today, I am brave to be my most true self, and I see it as the greatest gift I have ever given.

If my bravery brings comfort to those who feel lonely, and encourages them to support equality, then everything I do will be more meaningful.

ASam’s has been competing professionally since 2013, according to the World Surf database. Since surfing isn’t a sport at the Gay Games, he will be competing in both the swimming and basketball categories.

The 2022 Gay Games will be held in the Chinese territory of Hong Kong. 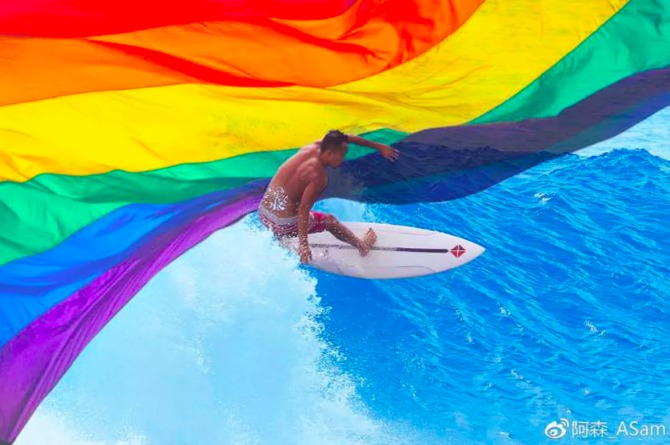